President Donald Trump’s administration raised the Christian share of the refugee inflow from under 50 percent in 2016 up to 71 percent in 2018, according to a chart posted by Axios.

The Christian share rose as Muslim refugee resettlement was cut by more than 92 percent compared to former President Obama’s 2016 resettlement total. The Muslim share dropped from 50 percent to 15 percent. 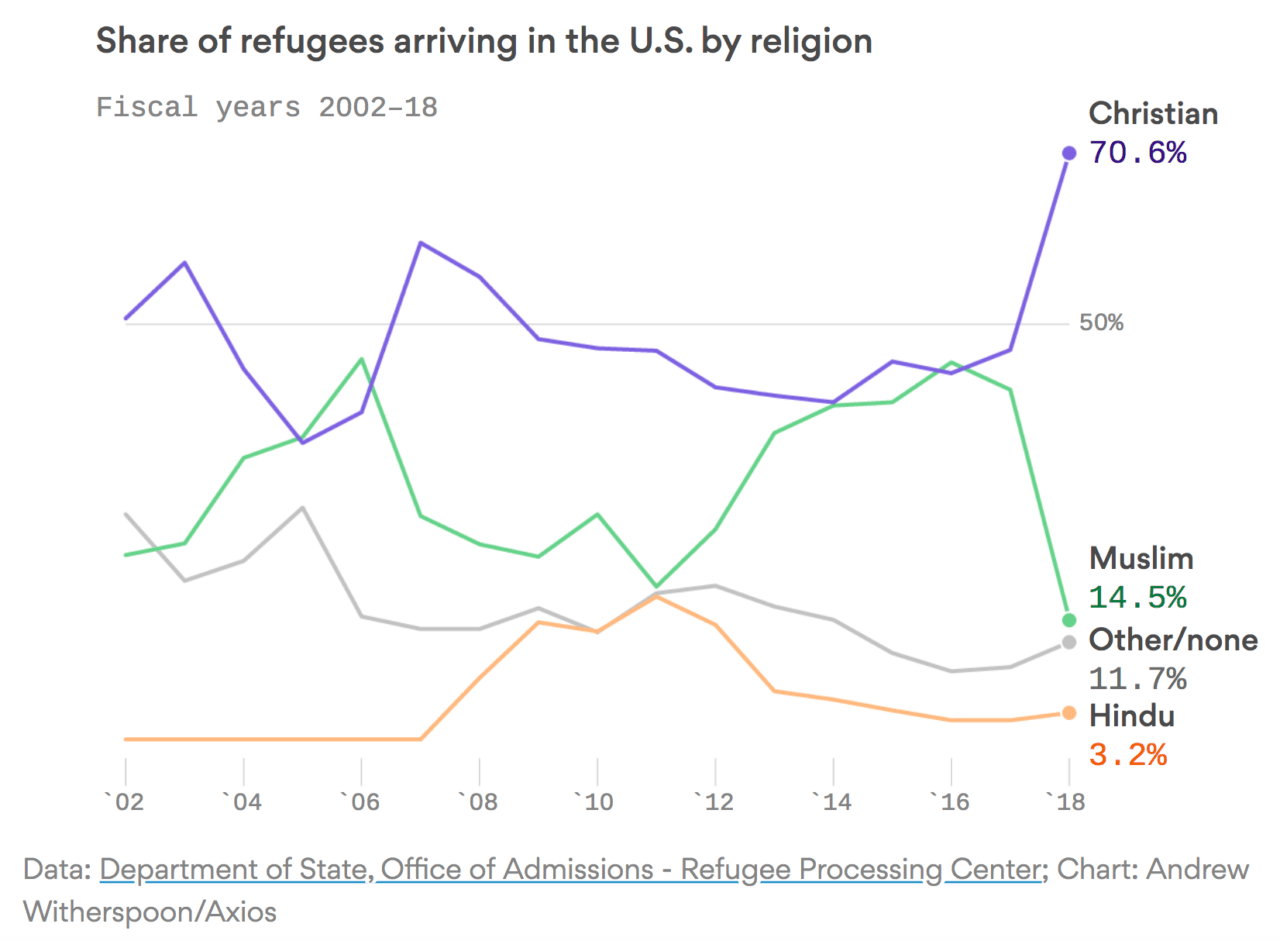 Refugee resettlement to the U.S. from countries with known Islamic terrorist problems has greatly dropped, according to Reuters. For example, about 250 Somali refugees have been resettled. At this same time during 2016, under Obama, about 8,300 Somali refugees had been allowed to resettle across the country. This represents a 97 percent decrease in refugee resettlement from Somalia.

Officials say refugee settlement in the United States is very expensive. “We can house, feed, and provide medical care for hundreds of thousands more refugees closer to their homes and do so more rapidly than we could possibly do here in the United States,” Secretary of State Mike Pompeo said Sept. 17. “The ultimate goal is the best possible care and safety of these people in need, and our approach is designed to achieve this noble objective.”

Since 2000, more than 1.5 million foreign refugees have been resettled across the U.S. since — outpacing the population of Philadelphia.

Additionally, there have been more than 4.1 million legal immigrants admitted to the U.S. from refugee-producing countries since 2000.