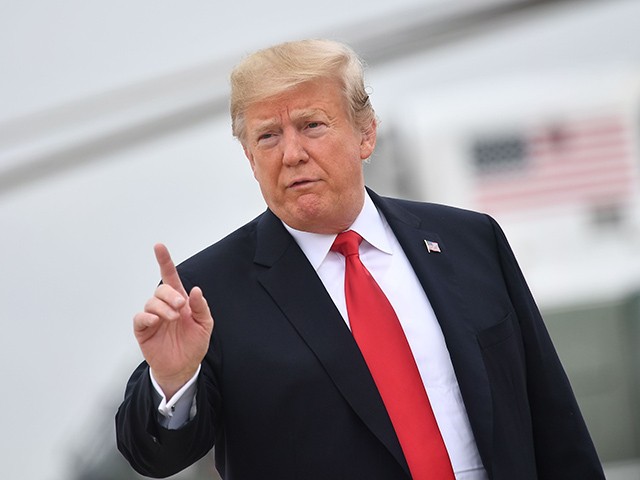 President Trump on talks of Kavanaugh impeachment: “I think it’s an insult to the American public, and I think you’re going to see a lot of things happen on November 6 that would not have happened before” pic.twitter.com/MINAGYJTJx

“I’ve been hearing that now they’re thinking about impeaching a brilliant jurist, a man that did nothing wrong, a man that was caught up in a hoax set up by the Democrats, using the Democrats’ lawyers. Now they want to impeach him,” President Trump told reporters on the White House grounds. “I’ve heard this from many people. I think it’s an insult to the American public, and I think you’re going to see a lot of things happen on November 6 that would not have happened before.”

Last week, Rep. Jerry Nadler (D-NY) vowed to probe teenage sexual misconduct allegations against Kavanaugh. “It is not something we are eager to do,” Nadler told the New York Times last week. “But the Senate having failed to do its proper constitutionally mandated job of advise and consent, we are going to have to do something to provide a check and balance, to protect the rule of law and to protect the legitimacy of one of our most important institutions.”

However, not all Democrats are on board — yet.

In an interview with Yahoo News, Sen. Cory Booker (D-NJ) refused to dismiss discussions of removing Kavanaugh if Democrats retake a majority in Congress next month. “I think that after the dust settles on the night of the 6th, I think that’s where we start to evaluate … what is the best thing for us to be focusing on in terms of what’s best for America and the American people,” the 2020 hopeful said.

The Senate on Saturday confirmed Kavanaugh to the Supreme Court 50-48 and was promptly sworn in as the 114th justice by Chief Justice John Roberts and retired Justice Anthony Kennedy.