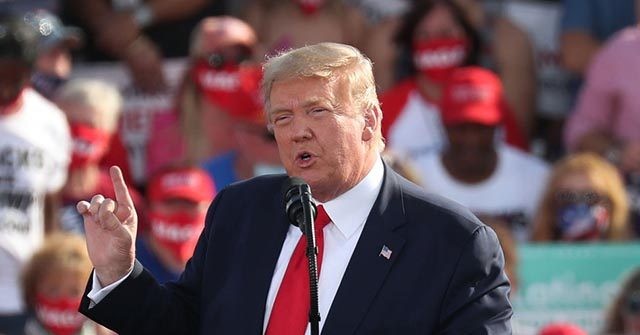 The rule, DOJ and DHS officials announced this week, ensures that foreign nationals convicted of certain crimes are not allowed to obtain asylum in the U.S. The rule takes effect in about a month.

“To ensure that criminal aliens cannot obtain this discretionary benefit, the Attorney General and Secretary of Homeland Security have exercised their regulatory authority to limit eligibility for asylum for aliens who have engaged in specified categories of criminal behavior,” federal officials wrote in a news release.

The rule bans asylum for foreign nationals convicted of:

The tightening of asylum rules to close loopholes comes as Trump has implemented the highly effective “Remain in Mexico” policy that has drastically reduced fraud. Most recently, Trump imposed a Center for Disease Control (CDC) order that has allowed federal immigration officials to immediately return migrants arriving at the United States-Mexico to their native countries.

As of late June, about 95 percent of migrants were being instantly returned to their native countries following their arrival at the southern border thanks to the CDC order.

The reforms could all be undone with the election of Democrat presidential candidate Joe Biden. The former vice president has suggested reinstating the Catch and Release program for border crossers and his unity platform with Sen. Bernie Sanders (I-VT) would free border crossers into the interior of the U.S. while they await asylum hearings.