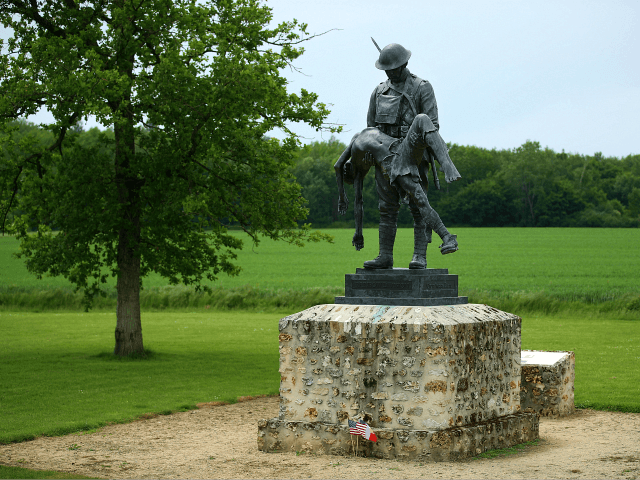 PARIS (AP) – In Paris to mark the centennial of World War I, President Donald Trump asked Saturday if there is anything better than celebrating the end of a war.

Trump travelled to France to join dozens of other world leaders in marking the 100th anniversary of the armistice that ended the first global conflict in which millions were killed. “Is there anything better to celebrate than the end of a war, in particular that one, which was one of the bloodiest and worst of all time?” the President asked in a tweet.

Trump wasted no time taking a poke at his French host Friday as he arrived in Paris. Trump tweeted that French President Emmanuel Macron “has just suggested that Europe build its own military in order to protect itself from the U.S., China and Russia. Very insulting, but perhaps Europe should first pay its fair share of NATO, which the U.S. subsidizes greatly!”

It was a clear sign that the ‘America First’ president was ready to chart his own course yet again as world leaders gathered to remember the coalition that brought an end to the first global war. Trump’s visit comes on the heels of midterm elections in which Americans delivered a split referendum on his presidency, keeping the Senate in his party’s control but ceding the House to opposition Democrats.

Before Sunday’s festivities get underway, Trump planned to meet with Macron on Saturday for talks on topics expected to include European security, Syria and Iran. Trump and first lady Melania Trump will also visit the American cemetery in Belleau, France, to pay their respects to U.S. soldiers who died on French soil during the war.