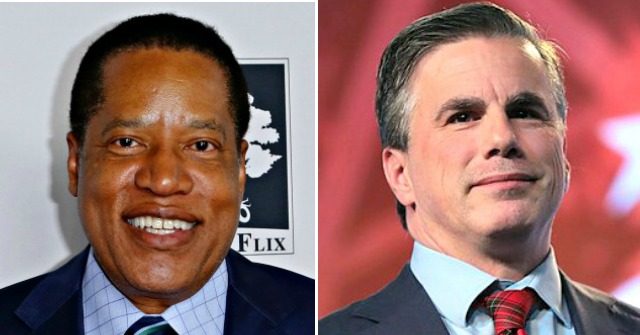 President Donald Trump announced Friday that he intended to appoint conservative author and pundit Larry Elder and President of Judicial Watch Tom Fitton to his administration.

From the White House statement:

President Donald J. Trump announced his intent to appoint the following individuals to key positions in his Administration:

Laurence Allen Elder, of California, to be a Member of the Commission on the Social Status of Black Men and Boys.

Fitton serves as the president of Judicial Watch, a citizen watchdog group that has brought many Freedom of Information Act (FOIA) lawsuits against the government, and Larry Elder is a conservative author and pundit known for speaking about racial issues.

Fitton, who is also a contributor to Breitbart News, is well-known for speaking about his lawsuits against former President Barack Obama and former Secretary of State and 2016 Democrat presidential candidate Hillary Clinton.

Hillary Clinton was behind it. And she had Obama’s help…. https://t.co/04EaLlLaKs

He has used his platform to uncover many scandals and to cover stories that the media leaves on the cutting room floor.

He appeared on Breitbart News Daily with Alex Marlow in July to discuss his recent nomination to the Radio Hall of Fame after spending three decades in radio.