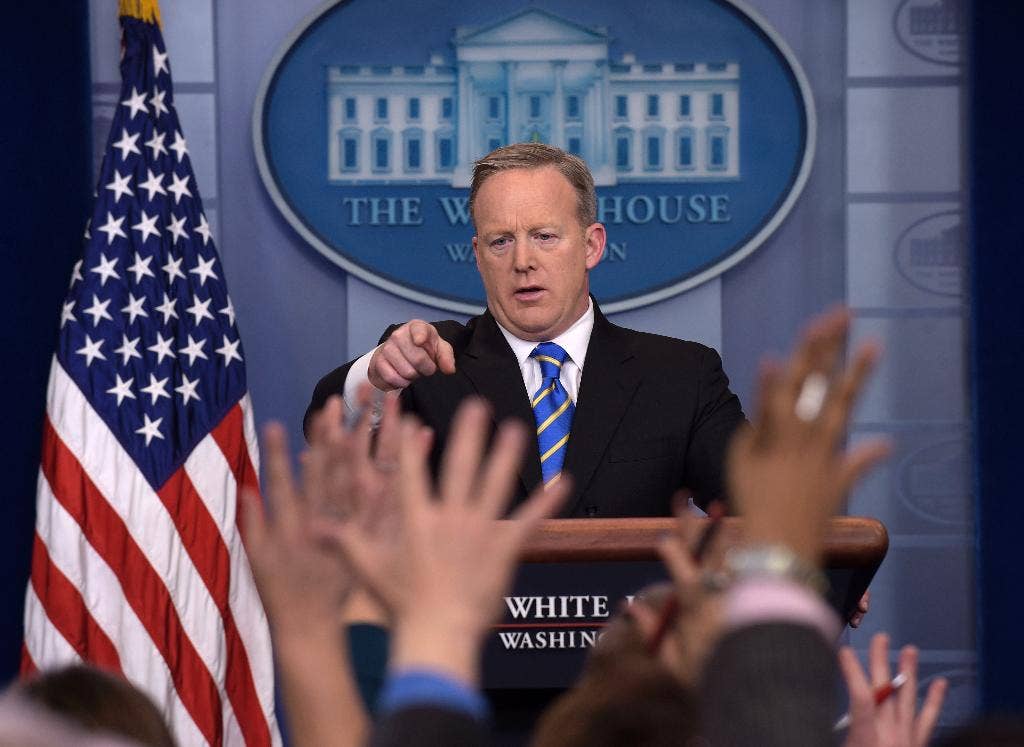 America First Legal (AFL) announced Thursday that it sued President Joe Biden‘s administration on behalf of former White House Press Secretary Sean Spicer and former Office of Management and Budget Director Russ Vought for its removal of the two men from the Board of Visitors of the U.S. Naval Academy.

Describing the move as an “illegal partisan power-grab” in a press release announcing the lawsuit, AFL insisted “Biden has no lawful authority to terminate members” from their duly-appointed positions to the Board of Visitors.

In a statement attached to the press release, AFL Vice-President and General Counsel Gene Hamilton insisted that Spicer and Vought “have every right to serve every single day remaining in their terms.”

“Sean Spicer and Russ Vought are American patriots who were appointed to positions on the Board of Visitors at the United States Naval Academy because of their ability to contribute to the Board with their unique skills and tremendous experiences,” Hamilton said. “President Biden’s threatened dismissal of them before their terms expire–from the purely advisory Board of Visitors, an entity that exercises no executive power whatsoever–violates the law. Our clients have every right to serve every single day remaining in their terms. But even if the Biden Administration prevails in its arguments, President Biden has perhaps unwittingly created a precedent that will be followed by all future administrations.“

In the complaint, the plaintiffs claim Biden “has no authority to terminate Mr. Spicer’s and Mr. Vought’s appointments to the Board” as they “seek a temporary restraining order and pre-liminary injunction to prevent this unlawful removal.” The complaint also noted former service positions held by Spicer and Vought.

“For a President who has pledged to unify the country, terminating two highly qualified individuals from serving on this Board instead of focusing on the botched withdrawal from Afghanistan that left Americans stranded, is clearly an attempt to distract the American people,” Hamilton added. “The Administration is clearly trying to avoid the oversight that Congress set out to achieve.”

Earlier this month, upon learning about the request from the administration to resign from his position on the Board of Visitor’s, Spicer said Biden was “trying to terminate the Trump appointees to the Naval Academy”  instead of “focusing on the stranded Americans left in Afghanistan.”

Vought also spoke out about his resignation request, writing in a tweet, “No. It’s a three year term.”