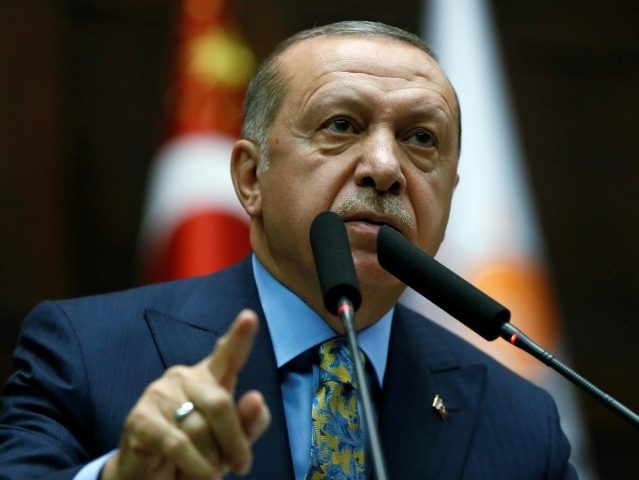 U.S. President Donald Trump and Turkish President Recep Tayyip Erdogan both pronounced themselves unsatisfied with the answers Saudi Arabia has given for the killing of journalist Jamal Khashoggi at the Saudi embassy in Istanbul three weeks ago.

Both said the Saudis must be more forthcoming about who ordered the operation that ended with Khashoggi’s death, followed by crude efforts to create an alibi and dispose of his body.

Erdogan was forceful in a speech to his AKP party on Tuesday, although he came up short of accusing Saudi King Salman bin Abdulaziz or Crown Prince Mohammed bin Salman of direct involvement with the killing.

“It is clear that this savage murder did not happen instantly but was planned,” Erdogan declared, dismissing the Saudi story about Khashoggi accidentally dying in a “fistfight” he started when he visited the Istanbul consulate.

“Why was a team of 15 Saudi men, all with qualifications related to the incident, gathering in Istanbul on the day of the murder?” the Turkish president asked. “We are seeking answers to this question. On whose orders did those individuals go there?”

“Putting all the burden on a few security and intelligence members would satisfy neither us nor the international community. We could be satisfied only if everyone, from the one giving the order to the one who carried it out, are called to account,” he insisted.

Erodgan called on King Salman to support a Turkish investigation of the killing and trials in Turkish court, arguing the Istanbul consulate “may be considered Saudi Arabian land, but it rests within the borders of Turkey.” He also demanded the Saudis reveal the name of the “local cooperator” who allegedly disposed of Khashoggi’s remains.

Erdogan very conspicuously praised “the sincerity of the Custodian of the Two Holy Mosques, King Salman bin Abdulaziz,” but avoided either praising or condemning the day-to-day ruler of the country, Crown Prince Mohammed bin Salman. He also implied there might be a “partner in crime” in “other countries.”

“I am not satisfied with what I’ve heard,” President Trump said on Monday from the White House.

“I don’t want to lose all that investment that’s been made in our country. But we’re going to get to the bottom of it,” Trump added.

President Trump’s son-in-law Jared Kushner, who has a close friendship with the crown prince, said on Monday he has urged MBS to be “fully transparent.”

The Washington Post, which employed Khashoggi as a contributor, on Saturday returned to the topic of the much-discussed Turkish surveillance tape of Khashoggi’s murder, which became the subject of a media scandal last week when the U.S. State Department and Secretary of State Mike Pompeo strongly refuted Turkish media claims that Pompeo has listened to the audio. According to the Post, the audio exists and anonymous CIA officials have heard it, but they have not yet confirmed its authenticity. The Post strongly implied the audio has been deliberately withheld from Pompeo and other top officials so they will not be placed in an uncomfortable diplomatic situation with the Saudis.