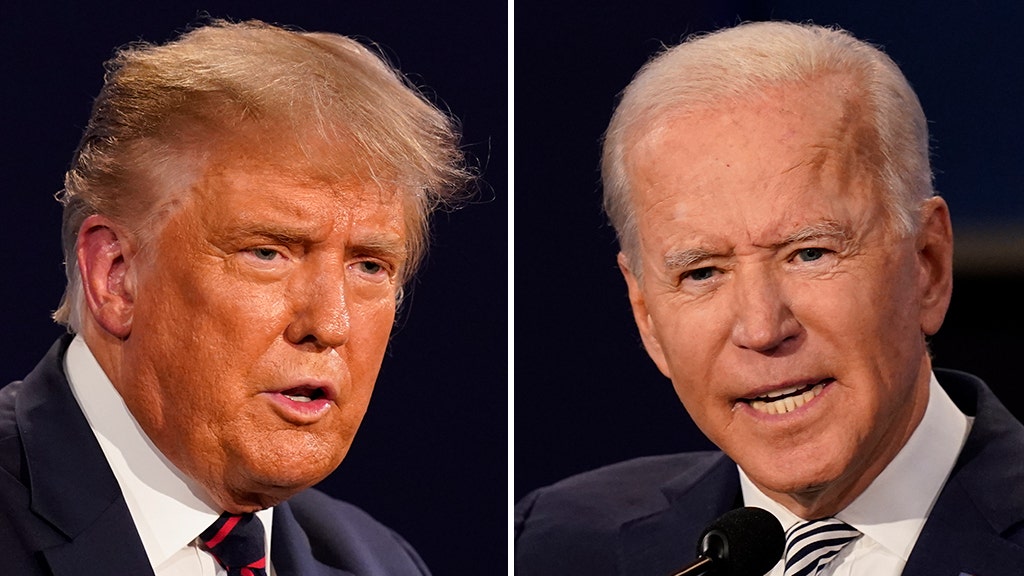 President Trump and Democratic nominee Joe Biden eschewed tradition and abstained from roasting one another Thursday in their addresses Thursday at the annual Alfred E. Smith Memorial Foundation Dinner — despite having plenty of ammunition against each other.

Instead of taking shots at Trump, Biden touted his Catholic faith in his address.

“An Irish Catholic boy from Scranton grew up to befriend the pope,” Biden said of Pope Frances’ 2013 visit to the White House, while he was vice president.

Biden added: “Throughout my life of public service I’ve been guided by the tenets of Catholic social doctrine– what you do to the least among us you do to me.”

“We have responsibility to future generations. I know it’s hard to see it right now, when our problems are so systemic, but the American people don’t give up. One day we’ll look back in awe,” Biden concluded.

Trump — who went after Biden hard in Tuesday’s debate — focused his address on praising Catholics and touting his administration’s accomplishments.

“When the virus came in from China, we saw New Yorkers respond with the same grit and tenacity, courage, and selflessness that have always defined this city that we love so much,” native New Yorker Trump said in his speech.

“Catholics have enriched our nation beyond measure,” the president said. “The essence of the Catholic faith, as Jesus Christ said in the gospel, ‘everyone will know you are my disciples.”

Bucking the night’s tradition of leaving politics aside, Trump brought up “anti-Catholic prejudice.”

“We will not stand for any attacks on Judge [Amy] Barrett’s faith,” he continued. “Anti-Catholic bigotry has no place, though it predominates in the Democratic Party.”

He noted his accomplishments with school choice and securing funding for Catholic Schools.

Trump also noted his administration’s support for people who are anti-abortion. “Every child, born or unborn, is made in the holy image of God,” he said

The Alfred E. Smith Memorial Foundation supports the underprivileged of the Archdiocese of New York. The dinner was hosted by Cardinal Timothy Dolan.