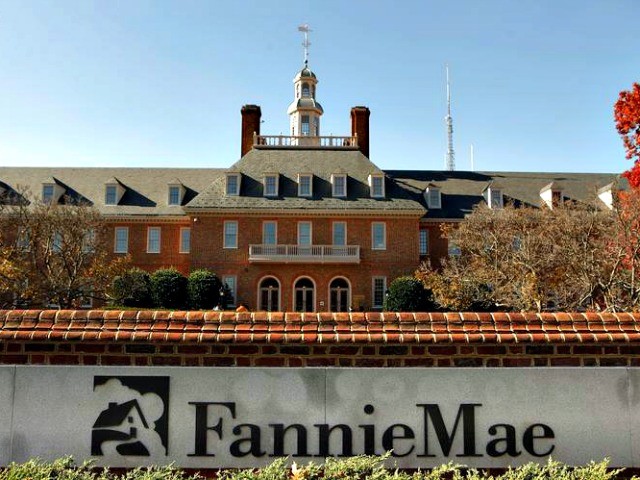 The plot to loot taxpayers for the value of Fannie Mae and Freddie Mac’s profits has hit a roadblock.

The Trump administration is planning to work with Congress to reform the government-controlled mortgage-finance giants rather than acting unilaterally to release them from conservatorship, the Wall Street Journal reported Tuesday.

Shares of Fannie and Freddie sank by nearly 9 percent on the news. Shares of both companies have risen sharply in recent weeks.

The Journal also reported that Walters said that the White House would release a “framework” for comprehensive financial reform “shortly,” but provided no details about the plan.

The White House statement is a setback for those hoping that the Trump administration was moving close to acting on its own to release Fannie and Freddie from government control. Those hopes were sparked by comments made by the acting head of the Federal Housing Finance Agency, Joseph Otting, last week.

Several housing policy experts recently warned against any unilateral action to release Fannie and Freddie, urging the administration to work with Congress and craft a comprehensive housing finance reform package.

There are members of the Trump administration who favor recapitalizing and releasing Fannie and Freddie, including a top advisor to Treasury Secretary Steven Mnuchin, according to people familiar with discussions inside the administration. But they lack sufficient support within the administration and the most commonly cited proposal to “recap and release” Fannie and Freddie would require the U.S. Treasury to surrender billions of dollars of future revenue to hedge funds and other investors–while giving taxpayers nothing.

Some of the biggest hedge-fund investors placed bets years ago that the government would eventually recapitalize and release Fannie and Freddie. When the Obama administration instead changed the bailout in a way that guaranteed the companies could not accumulate capital, some of those funds sued in federal court. Those cases have almost always met with defeat in court, although a few still await decisions on appeal.