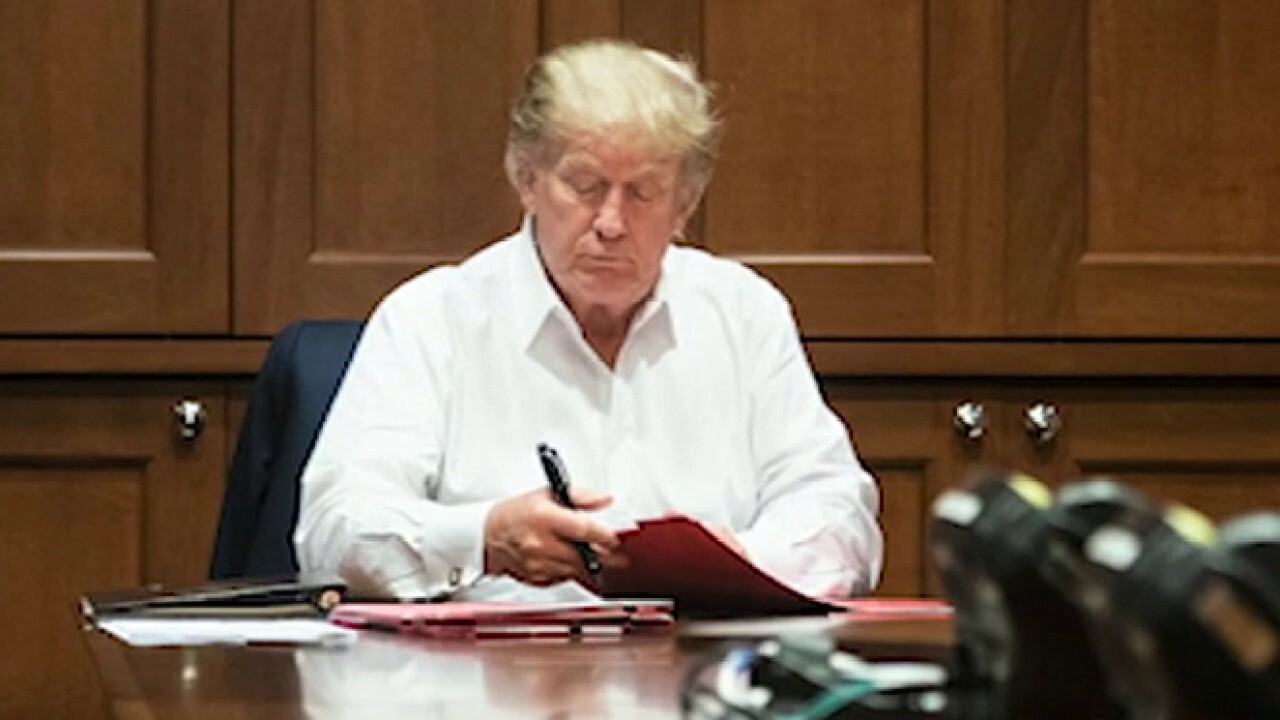 White House Chief of Staff Mark Meadows said the administration is “optimistic” President Trump will be able to return to the White House on Monday, saying his health continued to improve overnight and the president has been ready to get back “to a normal working schedule.”

“Spoke to the president this morning,” Meadows said. “He continued to improve overnight and is ready to get back to a normal working schedule.” He added that the president “will meet with his doctors and nurses this morning to make further assessments of his progress.”

Meadows concluded, “We are still optimistic that he will be able to return to the White House later today.”

His comments came as the president has been trying to project an image of strength during his stay at Walter Reed National Military Medical Center while fighting COVID-19. The president, over the course of the last several days, has faced health scares amid his battle with the novel coronavirus, including two instances in which his blood oxygen level dropped suddenly. Doctors treated the president with a dose of the steroid dexamethasone in response.

A normal blood oxygen reading is between 95 and 100. Dr. Sean Conley, the White House physician who has served as the president’s personal physician, said Trump had a “high fever” and a blood oxygen level below 94% on Friday and during “another episode” on Saturday.

Nevertheless, members of the president’s medical team said they have been encouraged by his energy and test results, and have signaled that he may be ready to be discharged from Walter Reed on Monday.

The president, on Sunday, took a brief trip outside the hospital to greet supporters who had gathered outside, but was criticized for the brief motorcade visit, with some saying he jeopardized the health of members of the U.S. Secret Service for a brief photo-op.

In response, White House Deputy Press Secretary Judd Deere said in a statement that “appropriate precautions were taken in the execution of this movement to protect the President and all those supporting it, including PPE.”

He added, “The movement was cleared by the medical team as safe to do.”