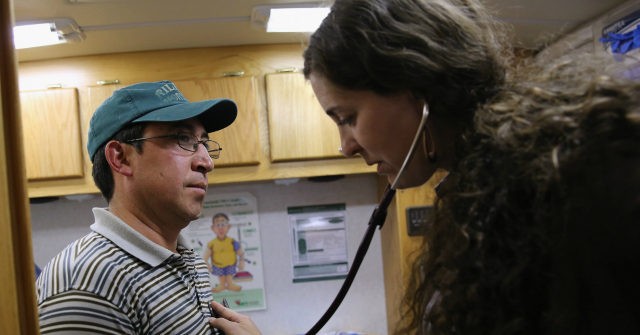 The Trump administration has agreed to delay its new rule protecting healthcare workers from being bullied into participating in procedures that violate their faith beliefs as a result of the barrage of lawsuits against it.

The Department of Health and Human Services (HHS) announced the delay Monday.

According to Catholic News Agency (CNA), an HHS spokesperson said that, due to the “significant litigation” challenging the new rule, “HHS agreed to a stipulated request to delay the effective date of the rule until November 22.”

The postponement from July 22 allows “the parties more time to respond to the litigation and to grant entities affected by the rule more time to prepare for compliance,” CNA reported.

On the National Day of Prayer in May, President Donald Trump announced the final rule, which protects healthcare workers in HHS-funded programs from being forced into participating in procedures such as abortions, sterilizations, transgender treatments, or physician-assisted suicide.

“This rule ensures that healthcare entities and professionals won’t be bullied out of the health care field because they decline to participate in actions that violate their conscience, including the taking of human life,” he added. “Protecting conscience and religious freedom not only fosters greater diversity in healthcare, it’s the law.”

San Francisco City Attorney Dennis Herrera boasted in a press statement that the delay was a victory against the Trump administration.

“Faced with the law, the Trump administration blinked,” Herrera said. “We have won this battle — and it was an important one — but the fight is not over.”

Herrera described the new rule as one that would “systematically limit access to critical medical care for women, the LGBTQ community, and other vulnerable patients.”

“We’re not going to let that happen,” he added. “We will continue to stand up for what’s right. Hospitals are no place to put personal beliefs above patient care. Refusing treatment to vulnerable patients should not leave anyone with a clear conscience.”

However, Severino told CNA the rule simply enforces policies that have been in existence for years.

“The rule gives life and enforcement tools to conscience protection laws that have been on the books for decades,” he said.

“Protecting conscience and religious freedom fosters greater diversity in the healthcare space. We will defend the rule vigorously.”