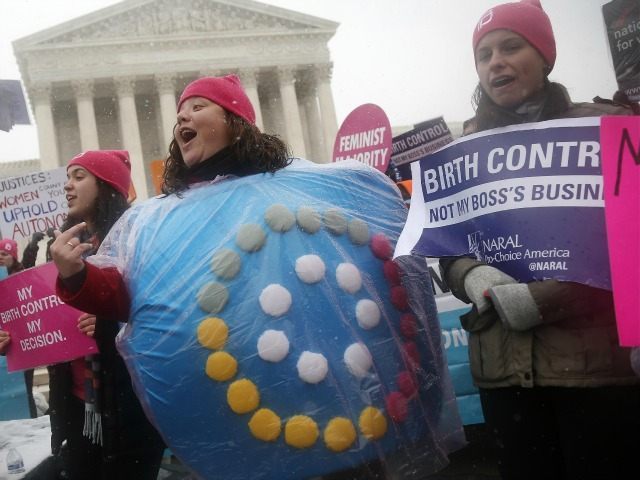 The Trump administration has released a final rule that protects religious and moral objectors to Obamacare’s mandate to provide contraceptives in health insurance plans.

On the day after Election Day, the Trump Departments of Health and Human Services (HHS), Labor, and the Treasury issued two rules that protect those with conscience objections to abortion or contraceptive methods.

HHS announced in a press release:

Under the Affordable Care Act, employer-provided health insurance plans are required to cover certain “preventative services” – which were defined through guidance by the Obama Administration as including all contraception methods approved by the Food and Drug Administration, including methods viewed by many as abortifacients, and sterilization procedures.

The first of today’s final rules provides an exemption from the contraceptive coverage mandate to entities that object to services covered by the mandate on the basis of sincerely held religious beliefs. The second final rule provides protections to nonprofit organizations and small businesses that have non-religious moral convictions opposing services covered by the mandate. The religious and moral exemptions provided by these rules also apply to institutions of education, issuers, and individuals.

The regulations for the rules were proposed last year and finalized Wednesday.

One of the rules directs those who sell Obamacare health insurance plans that provide coverage for elective abortions to collect a separate payment from enrollees for that coverage, as is already required by law. The Obama administration, however, failed to enforce the law and allowed collection of abortion coverage together with regular premiums.

“Thanks to this trickery, millions of Americans have unwittingly purchased plans without knowing about the hidden abortion surcharge,” said Susan B. Anthony president Marjorie Dannenfelser. “Consumers deserve to know how Obamacare pays for abortion so they can avoid having their hard-earned dollars used to fund the destruction of innocent lives.”

Regarding the protections for opponents of providing contraceptive measures, Dannenfelser said:

No longer will Catholic nuns who care for the elderly poor be forced by the government to provide abortion-inducing drugs in their health care plans. Not only that, moral objectors such as Susan B. Anthony List will also no longer have to pay for life-ending drugs that are antithetical to their mission and for which we have argued there is certainly no “compelling state interest.”

“Congress must still act to eliminate abortion funding from Obamacare, but until then, the rule issued today is an important step in the right direction,” Dannenfelser said.