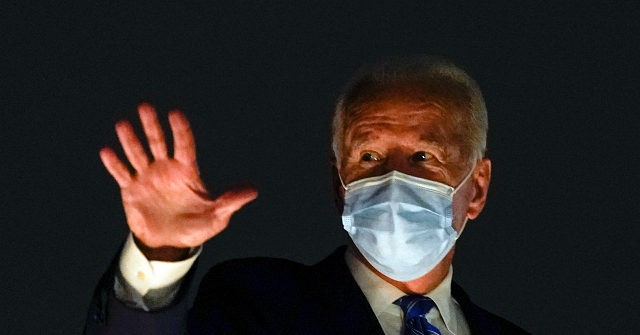 We judge leaders by their results. Under Joe Biden, we got endless war, a broken VA, veterans paid with their lives, ISIS grew, slaughtered innocents, that’s what Joe Biden’s weak leadership left us.

I’m Donald J. Trump, and I approved this message.

Former President Barack Obama and Joe Biden withdrew all U.S. troops from Iraq in 2011 after failing to extend a Status of Forces Agreement with Iraq. The vacuum left behind allowed for Iraqi troops to atrophy and the Islamic State (ISIS) to rebuild in Syria before invading Iraq in 2014 and nearly taking Baghdad. The administration reluctantly sent U.S. forces back in to prevent Baghdad from falling and to combat ISIS. The Obama administration also took part in two new wars in Libya and Yemen.

The Obama administration surged U.S. forces into Afghanistan in 2009 but began withdrawing them in 2011. Despite wishing to end the war, there were approximately 8,400 U.S. troops there by the end of the administration.

Trump will have drawn down U.S. forces to 4,500 by November, and he vows to bring that number further down to 2,500 by next spring but has suggested he would do so even earlier.

In 2014 during the Obama administration, CNN first uncovered a scandal at the Department of Veterans Affairs, finding that VA employees were falsifying records to hide that veterans were waiting months for first-time VA clinic appointments, with some dying before receiving one.

Trump expanded veterans’ ability to seek care at private clinics instead of having to wait months for an appointment at a VA clinic.