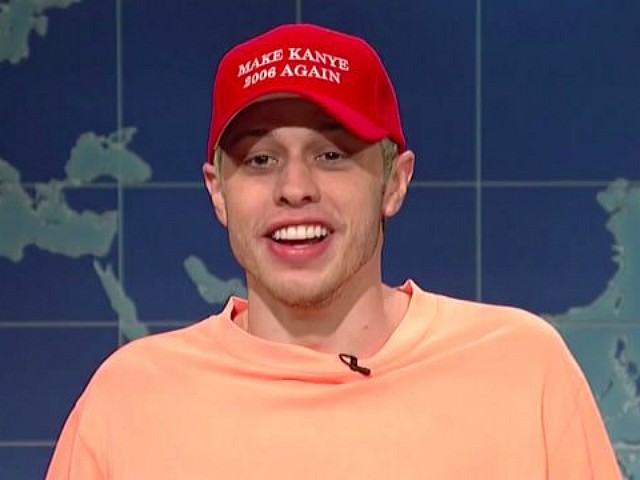 “So speaking strictly for myself, what Kanye said after he went off the air last week was one of the worst, most awkward things I’ve ever seen here,” Davidson said of West’s impassioned speech during the end of last week’s show, in which the Grammy-winner railed against critics of President Donald Trump, the “90 percent” liberal media, and pro-welfare state Democrats.
“He started by saying people backstage tried to bully him into not wearing it,” Davidson said of West. “He wore it all week. Like, nobody told him not to wear it. I wish I bullied you. I wish I suggested that, you know, it might upset some people, like, your wife or every black person ever.”

Opting not to challenge any of the myriad arguments that West mentioned, Davidson jumped to personal digs, saying, “Being mentally ill is not an excuse to act like a jackass, OK?”

Putting on a red “Make Kayne 2006 Again” hat, Davidson concluded the segment saying, “We want the old Kanye back.”