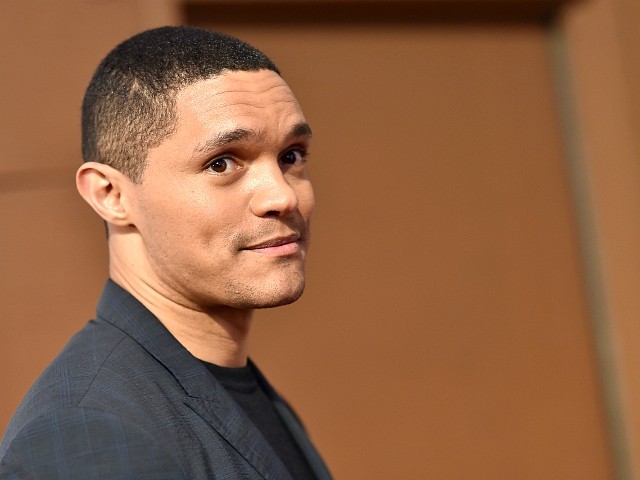 Trevor Noah recalled how a friend with cancer had described it to him, saying, “He said, ‘Trevor, cancer is–it’s a scary thing because when they first tell you about it, you don’t believe it is happening. You know that it exists but you don’t ever believe it’s something that can happen to you.’”

The Daily Show host continued, “‘It’s something that’s scary and then you think it’s only affected you but it affects everybody around you and it seems like it’s the end and for some people it is, but for others, it isn’t. And all you know is that you hate it every single day.’ I was like, ‘Wow, so cancer is Donald Trump.’ It’s pretty wild, it’s a pretty wild feeling. He is, isn’t he? He really is. Genuinely is. He’s-he’s a cancer. He is a cancer that grows.”

These remarks were given at an event for the group “Fuck Cancer,” a group that “provides prevention, early detection and support to those affected by cancer.”

Noah has attacked Trump for a number of reasons. Earlier this year, the 34-year-old puzzlingly compared the president to an African dictator.

“Donald Trump reminds me in many ways of many African dictators His demeanor, his style, who he presents himself as and how he processes his power is something that’s all too familiar, not just for an African but for someone from the Middle East, for instance,” Noah said in July.

Following the 2016 election, the comedian blamed “whiteness” for the election of Trump.

“I acknowledge a white working class that is something we can talk about, but we cannot deny that many of Donald Trump’s supporters were earning large amounts of money and doing great for themselves, but there are people who put two things above everything else—and that is whiteness and that is also sex and misogyny,” he told CBS. “People talk about the glass ceiling but what you don’t realize you can’t see it because it’s see-through and misogyny has quickly gone out of the conversation. And even as a man I have tough grips to come—there is a monster that keeps you down.”