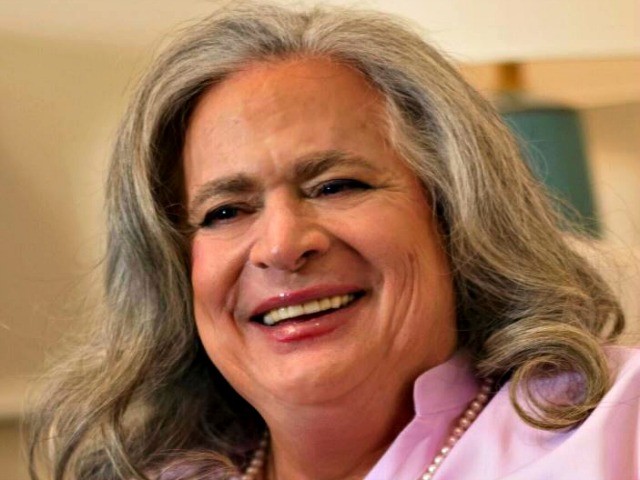 A transgender billionaire is threatening to stop donations to the GOP unless GOP leaders reject voters’ support for the continued federal recognition of the two equal, different, and complementary sexes.

“I have supported many Republicans in elections,” Jennifer Pritzker, a billionaire member of the wealthy Pritzker family who is living as a woman, wrote in the Washington Post. Pritzker added:

I have hoped the Republican Party would reform from within and end its assault on the LGBTQ community. Yet, the party continues to champion policies that marginalize me out of existence, define me as an eccentric character and persecute me for using the public restrooms that correspond to my gender identity.

As a result, the GOP’s positions have forced me to refocus my attention away from their agendas I support. Instead, I find myself focusing on issues to protect myself and others like me. Every dollar spent defending transgender rights is one dollar less I can contribute toward other party initiatives.

Pritzer is a leading donor to the various advocacy groups which are pushing the transgender ideology into U.S. law and civic life. The ideology insists that everyone should have an FBI-enforced federal right to switch their legal sex — regardless of science or their biology — to match their claimed “gender identity” whenever they enter sports competitions, lesbian nightclubs, K-12 bathrooms, hospitals, gym showers, the military, or single-sex civic groups.

However, President Donald Trump is blocking the ideology and is now working to ensure the Supreme Court recognizes the “bright line” between male and female biology.

The Republican Party more closely aligns with my beliefs in a less interventionist government. Democratic Party policies can be too costly and restrictive on citizens. Lowering regulations helps protect people’s individual rights with private property, business and investments. Increasing taxes and creating or adding to government agencies are not a guaranteed solution to any problem.
…

I ask Republicans to prioritize policies that improve our country for all Americans. When the GOP asks me to deliver six- or seven-figure contributions for the 2020 elections, my first response will be: Why should I contribute to my own destruction?

Pritzker donates heavily to business-first establishment Republicans, party committies, and state parties. The strategy is likely intended to encourage party committees to suppress GOP voters’ rising concerns about the broad campaign to impose the transgender ideology on communities and families.

A large group of NeverTrump investors and cheap labor CEO donors are promising to go on strike until House Speaker Paul Ryan schedules passage of a cheap labor amnesty for June 25.

The bipartisan group, which is titled the American Business Immigration Council, is led by Mike Fernandez, a healthcare executive in Florida. He wants Ryan to keep the House in session on June 25 so the alliance of 193 Democrats and 25-plus cheap labor Republicans can pass a discharge petition amnesty through the House — despite many polls showing any amnesty is very unpopular among GOP voters.

The Pritzker family strongly supports Democratic politicians and advocacy groups. That policy is rational because the family’s real-estate holdings rise as the federal government imports more immigrants who will need to rent or buy the families’ apartments and real-estate.

Multiple polls show that most Americans wish to help and comfort people who think they are a member of the opposite sex, even as they also reject the transgender ideology’s claim that a person’s legal sex is determined by their feeling of “gender identity,” not by their biology.

Far less than one percent of Americans try to live as members of the other sex. For example, only about 4,118 Americans surgically altered their bodies in hospitals from 2000 to 2014 to appear like members of the opposite sex, according to a pro-transgender medical study.

But the gender ideology is gaining power, aided by huge donations from wealthy individuals and medical companies, and despite growing damage to young people, including the many people who reverse their transgender views and try to live as members of their own sex.

The progressive push to bend Americans’ attitudes and their male-and-female civic society around the idea of “gender identity” has already attacked and cracked many of the popular social rules which help Americans manage the cooperation and competition among and between complementary, different, and equal men and women.