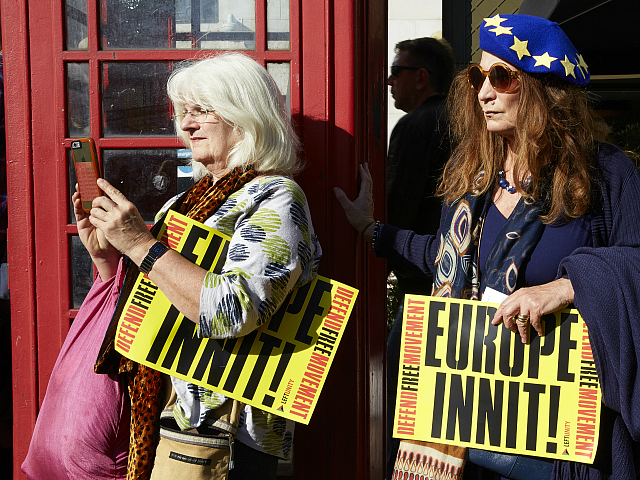 Trainspotting creator Irvine Welsh says the “smug, patronising” tone of the campaign to overturn the EU referendum has converted him to “100 percent hard Brexit Leave”.

The left-leaning Scottish writer made his comments on Twitter in response to a video from the ‘Best for Britain’ group — funded by 88-year-old billionaire plutocrat George Soros — which was advertising the so-called ‘People’s Vote’ march for another Brexit referendum.

The Best for Britain video features a number of characters who have received a poorly prepared restaurant meal, been given a bad haircut, watched a dog foul their front lawn, and so on, but are too well-mannered to object.

“Even though I know it goes against every instinct in your quivering little British bodies, it’s time to let your voice be heard. Speak up!” the plum-voiced narrator urges.

“This smug, patronising, neoliberal, middle-class pish shows exactly why Remain lost the European referendum and deserve to lose any second one,” Welsh commented.

“It made me go from about 60-40 percent Remain to 100 percent hard Brexit Leave in 1.45 secs. They’ve learned absolutely nothing.”

This smug, patronising, neoliberal middle class pish shows exactly why Remain lost the European referendum and deserve to lose any second one. It made me go from about 60-40% Remain to 100% hard Brexit Leave in 1.45 secs. They’ve learned absolutely nothing. https://t.co/j4gu2gxbxP

Welsh was probably not being entirely serious, and may have been understating his previous opposition to Brexit somewhat — having once chastised Labour leader Jeremy Corbyn as a “Brexit little Britain UKIP arse-licking lentil-munching loser”.

(Corbyn supported Remain in 2016 officially, but was a lifelong Brexit supporter prior to the referendum and is suspected to still back it in private.)

However, the Scotsman did reveal in November 2017 that his views had developed to “I hate Brexit but fuck me, I now officially detest the EU more”.

Even a month after the Leave vote in June 2016, the writer was reasonably even-handed, deriding leading Brexit supporters as “toytown fascists” in an article for The Guardian but, at the same time, noting that “no democrat can defend the Commission-led EU, and nobody in the Remain camp had a serious reforming vision of Europe”.

“Remain’s leaders would have kept us straitjacketed into the EU’s current death-by-a-thousand-cuts version of corporate neoliberalism,” he suggested.

“At least now, shed of that distraction, we have our governmental elites much more clearly in our sights.”