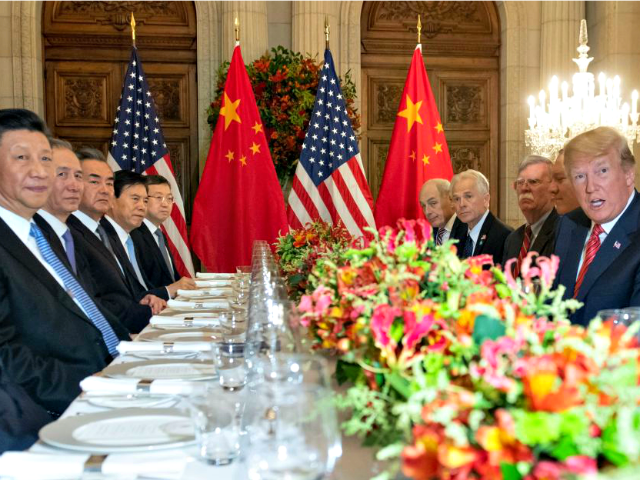 The Trump administration’s tariffs on China helped push down the trade deficit to its narrowest in five months.

The trade deficit, which measures the difference between imports and exports, fell 11.5 percent from October to a seasonally adjusted $49.3 billion in November, the Commerce Department said Wednesday.

Economists had been looking for a rise to $54.3 billion.

Imports fell by 2.9 percent in November, while exports dropped 0.6 percent.

China was responsible for about 40 percent of the decline, with imports from China falling by $2.9 billion.

The trade deficit subtracts from GDP growth as U.S. incomes are spent on products from abroad. The narrower deficit indicates that trade made a positive contribution to GDP in the fourth quarter. The government’s official projection of fourth-quarter GDP has been delayed due to the partial shutdown in January.