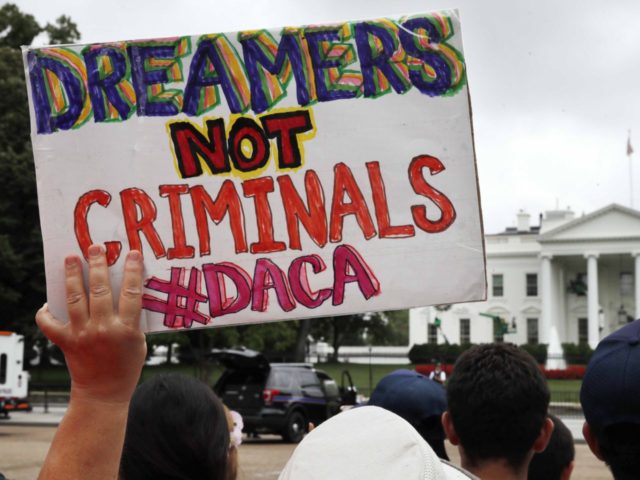 TPUSA activist Sergio Eduardo Velasquez appeared on Breitbart News Today recently to speak with host and Breitbart News Editor-in-Chief Alex Marlow about his personal experiences as both a young conservative activist and an illegal immigrant.

Velasquez discussed how he became a political activist for Turning Point USA, stating: “In 2016 I supported Bernie Sanders, I fell into your typical leftist stereotype. I was self-entitled, I believed that more government was the answer to everything, I chanted racism, I failed to look at myself in the mirror and failed to consider that if there was an issue it might be not that society was the problem, but that I myself was the problem.” Velasquez continued to say: “I think part of being a conservative, part of realizing that essentially conservatism is the way to go, a lot of it was growing up.”

Breitbart News Today host Alex Marlow then asked Velasquez about his personal experiences as an illegal immigrant stating: “So lets talk about you not just becoming right of center but ultimately becoming an activist particularly with your history because you would be someone who’s part of the group who is the dreamers, the DACA recipients,” Marlow continued “I assume you don’t know another home — but at least one of your parents was not here legally — so this is your home as far as you know, though your status as an immigrant is not a legal status aside from this DACA protection, but still Trump resonates with you, why?”

Velasquez replied: “Well first of all, I think that part of it is, it goes back to realizing that it’s one of those things where you have to realize you’re the problem. I have no problem with saying I’m an illegal immigrant, the term doesn’t offend me. And the thing is, I can recognize that illegal immigration is not a good thing, I can recognize that legal immigrants have to come first, America is a sovereign country, you don’t barge into someone’s home and tell them ‘ok I’m here to stay give me free stuff.’” Velasquez continued: “immigrants in general, we’re guests, I like to tell people that illegal immigrants, legal immigrants, no ones entitled. to everything. Immigrants owe absolutely everything they have to this country and we need to stop this nonsense of entitlement.”
Listen to the full interview on Breitbart News Today.