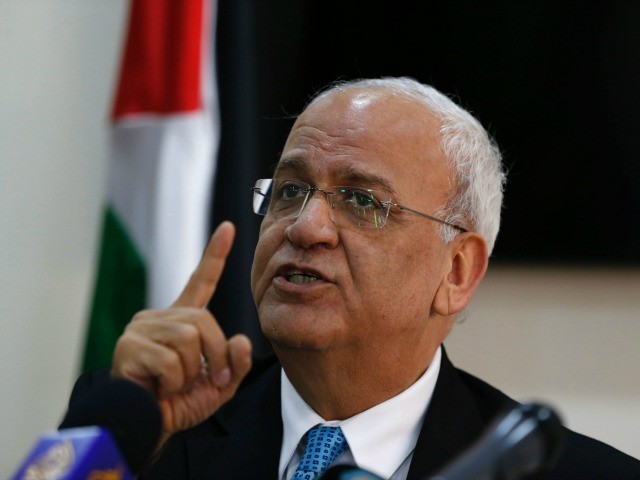 Senior Palestinian official Saeb Erekat was in critical condition Monday and put on a ventilator at a Jerusalem hospital after being diagnosed with coronavirus.

Erekat, the secretary-general of the Palestine Liberation Organization and one of the highest ranking Palestinian officials, posed a “huge challenge” to the medical staff, Hadassah Ein Kerem Hospital said.

“Erekat had a quiet night but this morning his condition deteriorated and is now defined as critical, and due to respiratory distress he was intubated and sedated,” the hospital said in a statement.

“Erekat poses a huge challenge in the treatment of the coronavirus due to his lung transplant and its suppression of the immune system, and with a bacterial infection in addition to the coronavirus,” the hospital said. “Hadassah, with its most senior professional physicians, is in contact with international medical professionals regarding such a complex patient care policy.”

Erekat, 65, underwent a 2017 lung transplant in the U.S. as a result of pulmonary fibrosis, a condition that scars the lungs and harms oxygen intake.

“Following his contraction of COVID-19, and due to the chronic health problems he faces in the respiratory system, Dr. Erekat’s condition now requires medical attention in a hospital,” Erekat’s office said in a statement.

The statement erroneously said he would be treated at a hospital in Tel Aviv.

The Palestinian Authority warned on Sunday that it would cut ties with any country that opened its embassy in Jerusalem, after Serbia, Kosovo, and Malawi announced their intentions to open diplomatic missions in the Israeli capital. https://t.co/PdpM861BAq

Erekat, a member of the ruling Fatah faction and close ally of Palestinian President Mahmoud Abbas, was one of the architects of the Oslo peace accords.

In the past, Erekat has charged Israel with “war crimes,” “massacres,” “genocide” and has accused it of apartheid.

Some Israeli lawmakers on Sunday denounced the decision to treat him in an Israeli hospital, saying Israel should have first demanded concessions from the Palestinians, including demanding that the Hamas terror group in Gaza return the captives and bodies of soldiers it is holding, the Times of Israel reported.

MK Michal Cotler-Wunsh of Gantz’s Blue and White party said Israel should treat him but called for a policy of “humanitarian in return for humanitarian.”

“Again the opportunity to make a demand is clear: Medical assistance in return for the return of Hadar, Oren, Avrah and Hissam, who are held in Gaza for more than six years, in a clear violation of international law and moral order,” Cotler-Wunsh.

IDF soldiers Hadar Goldin and Oron Shaul were killed and captured by Hamas while Israeli civilians Avera Mengistu and Hisham al-Sayed, who crossed into Gaza voluntarily, have been held there for six years.

Mk Bezalel Smotrich of the opposition Yamina party said that treating “our enemy” in an Israeli hospital without demanding the return of the captured Israelis is “nether moral nor logical.”