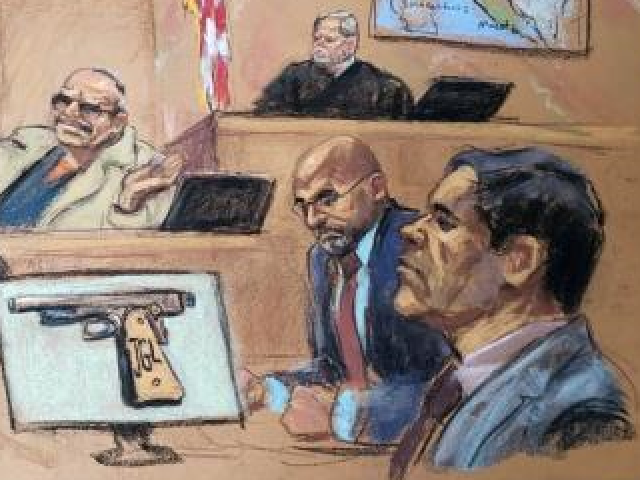 Mexico’s former top cop and one of the main law enforcement officials in Mexico City were named during a trial for accepting millions of dollars from the Sinaloa Cartel. One of the lawmen worked for a former Mexican president while the other served the incoming one.

The former top officials were mentioned as part of the ongoing testimony by the jailed top Sinaloa Cartel lieutenant and financial operator Jesus Reynaldo “Rey” Zambada in the high-profile drug trafficking trial of Joaquin “El Chapo” Guzman in New York.

The first bribe for Garcia Luna reportedly came in 2005 when he was the head of Mexico’s Federal Investigation Agency. The payoff was allegedly done at a restaurant with suitcases containing more than $3 million. The president at the time was Vicente Fox. Garcia Luna allegedly received the second bribe in 2006, by then he was the Public Security Secretary for Mexico under President Felipe Calderon.

In a similar fashion, El Universal published a response by Garcia Luna who claimed the allegations were false, defamatory and rose to the level of perjury. He claimed no contact with Zambada.