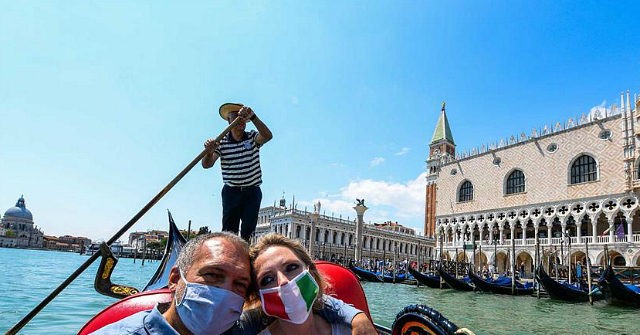 Dr. Matteo Bassetti, who is also the director of Infectious Diseases at the San Martino Hospital in Genoa, said that Prime Minister Giuseppe Conte’s decision to impose outdoor masks on the national level has no basis in science.

“The use of masks only makes sense in confined spaces where it is not possible to have certainty and guarantee of the necessary physical distancing or outdoors when you cannot maintain physical distancing,” Dr. Bassetti wrote Tuesday morning on Facebook. “I have tried to look for scientific evidence on the use of outdoor masks and their potential benefits for virus transmission but could find none.”

Bassetti also said that the blanket imposition of masks repeats past political errors of blanket lockdowns.

“Making the mask mandatory throughout Italy outdoors without any distinction between the highest and lowest endemic geographical areas is wrong,” Bassetti wrote. “Up till now the regions and local administrations have tightened or lightened preventive measures based on local epidemiological data, which are the only reliable figures.”

“We are repeating the mistake made with the lockdown: a single measure for the whole of Italy without taking into account regional and local differences,” he said.

“If no other country in the world has imposed such a measure by decree on a national scale might there be a reason?” he concludes.

Currently in Italy there are 323 COVID-19 patients in intensive care units in the entire country, out of a population of 60 million, with the vast majority of the infected held under house quarantine and exhibiting no symptoms.

There has been no spike in coronavirus deaths, with numbers averaging 16 per day over the past four weeks, a small fraction of levels during March and April.

The Italian government, which has extended its assumption of extraordinary powers until January 31, 2021, has threatened fines up to 3,000 euros for those who fail to comply with the new mask regulation. It has also warned that if necessary it will call in army units to help enforce the measure.