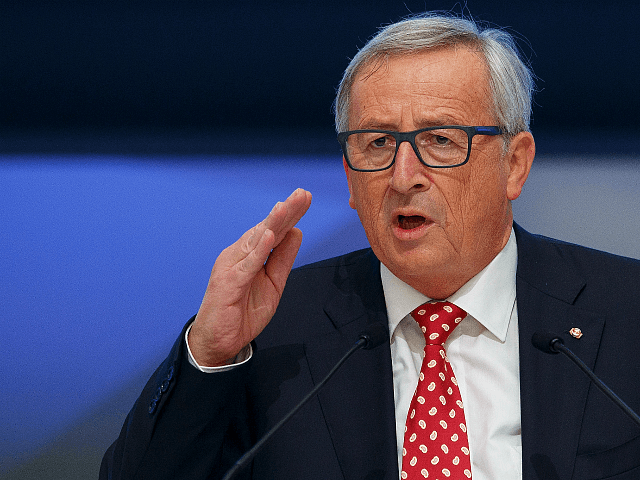 European Commission President Jean-Claude Juncker has attacked “stupid populists” whilst attempting to reach out to Eurosceptics as predictions point to federalists losing out in May’s European Parliament elections.

Addressing a session of the European Week of Regions and Cities on Monday, the top Eurocrat said that the European Union must distinguish between “those Eurosceptics who have questions to ask and opinions to make” and the “stupid populists”, reports Euractiv.

“In Europe, there is an increasing number of Eurosceptics and they tend to be promoting Eurosceptical opinions. We should talk to them,” the Commissioner said, adding: “We cannot build Europe against the nations and the regions.”

The Eurocrat’s cooperative sentiment is an evolution from where he positioned himself in September 2016, where he said that to prevent Europe from “going down the path of nationalisation”, post-Brexit, Europe needed more “union” — while it has been populism, which Juncker continues to condemn, that has largely provided a political framework for Euroscepticism.

Just last year, Juncker advocated for the creation of a pan-European economy and finance minister, the bloc taking on more foreign policy decisions on behalf of member-states, and called for a fully-fledged EU army by 2025.

Offering a sympathetic ear to Eurosceptics may reflect an awareness by the higher echelons in the EU that the phenomenon of populist and conservative parties experiencing election victories nationally this past year may be played out again in May 2019, with Reuters predicting that Eurosceptic and anti-establishment parties are set to experience a boost at the EP elections.

Juncker will retire from the Commissioner role at the end of his term and a new leader of the bloc’s executive arm will be appointed some six months after the parliamentary elections; with governments and possibly the EP turning to the right the role of Commissioner may, even in part, deviate from its globalist position.

On Monday, Italy’s Interior Minister Matteo Salvini and leader of France’s National Rally Marine Le Pen met in Rome to unveil their “Freedom Front” movement which will unite populist parties ahead of the EP elections.

Meanwhile, the pro-EU President of France Emmanuel Macron kicked off his own election campaign, taking his progressive En Marche! party on tour across Europe to fight nationalism and defend the European project.