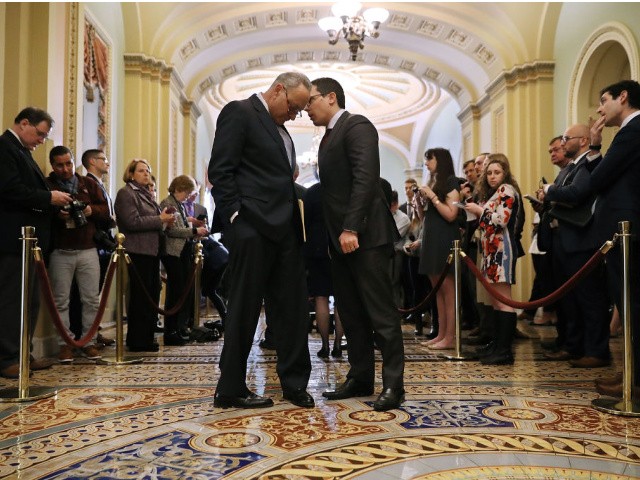 Schumer aide Matt House was pushed out of his high-powered position without explanation last November. Now, a spokesperson for the senator has admitted he was released for cause, according to the New York Post.

“Upon learning that he had inappropriate encounters within the office and that it was making some staff uncomfortable, he was asked to leave,” the Senate minority leader’s office said in a statement.

House released his own statement, exclaiming that he “regrets” his actions.

“I absolutely loved my time working in the Senate, and it was the honor of my life,” House wrote. “I deeply regret the mistakes I made on the number of occasions when I had too much to drink, and I apologize to anyone who was affected by my behavior.”

“I have always respected all of my colleagues, and I was horrified to learn that I made anyone feel uncomfortable,” the disgraced aide concluded. “In the past three months, I’ve stopped drinking, and I’ve committed to making myself a better colleague and person.”

House was fired ahead of any official complaints or legal actions.

House had been working for Schumer for six years until he abruptly left his post last November. Prior to jumping on board Schumer’s staff, he was a staffer for former Sen. Joe Biden’s (D-DE) failed 2008 presidential campaign. He also worked for former Rep. Paul Hodes’ (D-NH) failed Senate bid.