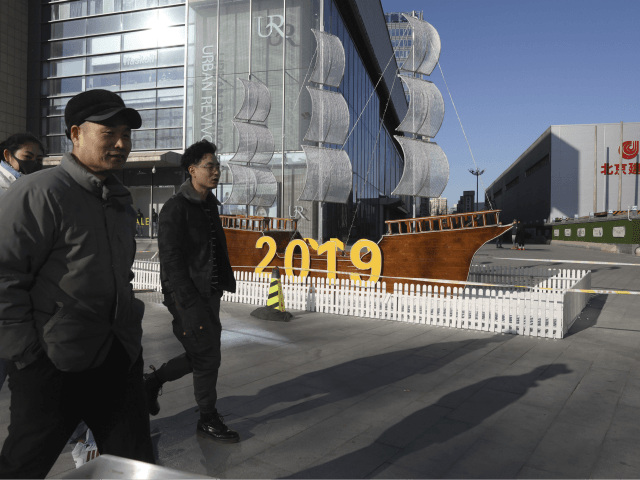 The U.S. did not send its top trade negotiators that have participated in previous U.S.-China trade talks and yet China sent in its top economics adviser Chinese Vice Premier Liu He. Bloomberg reported that China had communicated they would have a lower level Commerce Ministry official participating in the talks.

The two countries have held meetings over many months, stalling at times.

President Donald Trump has expressed hope for a bilateral trade deal with China while pointing to years of hundreds of millions in trade deficit between the two nations. In October he told Breitbart News, “If you look at their economy, the Chinese economy is not doing well. And we’re doing very well.” He added the U.S. has rebuilt China and he didn’t believe they were ready to negotiate yet.

After months of U.S. tariffs on Chinese imports and Chinese retaliatory tariffs on U.S. goods, Trump and Chinese President Xi Jinping held December 1, 2018 meetings at the G20 in Argentina. There the two agreed to a temporary relief from any tariffs increases and China agreed to put focused effort into trade negotiations over a 90-day period.

China began outwardly promoting any progress from late December trade calls between representatives from the two countries. China’s Ministry of Commerce specifically promoted “new progress” on one of two trade calls during which trade imbalances and intellectual property protections were discussed. These are two issues that president Trump has for months made clear are requirements for relenting on tariffs and making any trade agreement.

China heralded an agreement in the last week of December between China and the U.S. to hold another round of in-person meetings in January, the meetings that are now occurring this week.

“Talks with China are going very well!” president Trump declared Tuesday, a day after the in-person talks in Beijing began with the participation of vice premier Liu and the U.S. trade delegation.