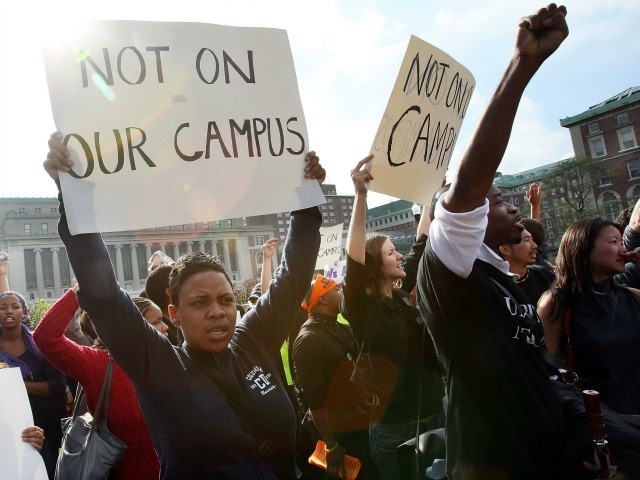 On Independence Day, Breitbart News has compiled a list of the top schools that have rejected the spirit of America in 2019.

In February, the Board of Trustees at the Massachusetts College of Art and Design voted to permanently disarm their campus police force

“Parents have an expectation that when they send their child off to school at MassArt, that since there is a police department there, they have nothing to worry about. This is just wrong,” MassArt police Sergeant Matt Hurley said in a comment.

Students at the University of California, San Diego celebrated violent communist revolutionary Che Guevara on campus this year. The university has even named a coffee shop on campus after Guevara, who was responsible for thousands of deaths during the Cuban Revolution.

“A great man, from what I know,” one student said in an interview with PragerU, “everything that he did, he did for the Cuban revolution. Even the way that he died, he was a badass.”

A course called “American Political Thought” at the University of Colorado, Denver, does not feature writing from America’s Founding Fathers. Why? Because they are white males. Professor Chad Shomura intentionally excluded their writings from his course in order to increase the “diversity” of the assigned authors.

“This course aims to develop an understanding of American political life from the margins. Rather than surveying traditional figures of American political thought, it attends to historically marginalized voices at the crossings of race, gender, sexuality, and nation,” the course’s syllabus reads.

In May, dozens of students at Taylor University walked out during a commencement address by Vice President Mike Pence. A petition calling on university officials to cancel the event argued that Pence violates the “Christian ethic of love”

“Inviting Vice President Pence to Taylor University and giving him a coveted platform for his political views makes our alumni, faculty, staff and current students complicit in the Trump-Pence Administration’s policies, which we believe are not consistent with the Christian ethic of love we hold dear,” the petition read.

George Washington High School in San Francisco, California, faced national criticism after announcing that they were considering a complete removal of a historic mural featuring George Washington. Critics of the mural highlighted its depiction of slaves and Native Americans.

“Why do we have to explain the pain caused by visual offense that we see in that building that is supposed to be an institution of learning,” one local commented.