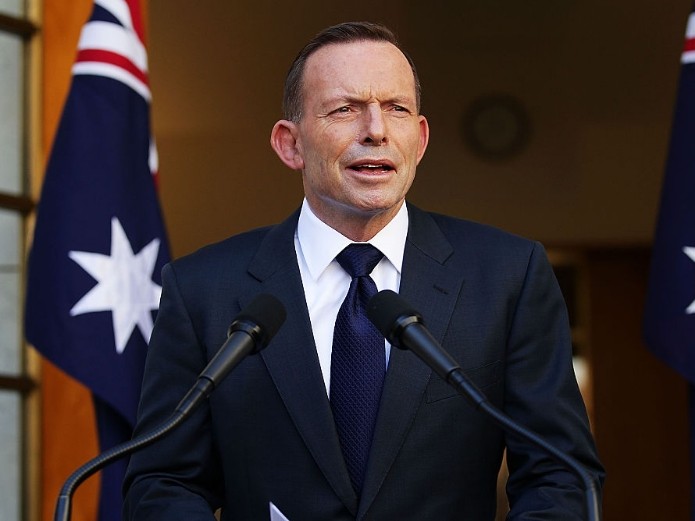 Former Australian Prime Minister and noted conservative Tony Abbott has spoken out on the fundamental errors being made by British negotiators in the Brexit process, calling for “robust leadership”, and telling Britain that it has nothing to lose from Brexit.

Writing in British political magazine The Spectator, the former Australian leader remembered for turning back migrant boats by launching Operation Sovereign Borders in 2013, said Britain has nothing to lose but its shackles by leaving the European Union, and should do so decisively without a debilitating agreement and without paying the £43 billion ‘Brexit bill’.

Remarking that trading on World Trade Organization (WTO) rules “works pretty well” for Australia and would not be a problem for the United Kingdom either, Abbott wrote:

Let’s get one thing straight: a negotiation that you’re not prepared to walk away from is not a negotiation — it’s surrender. It’s all give and no get. When David Cameron tried to renegotiate Britain’s EU membership, he was sent packing because Brussels judged (rightly) that he’d never actually back leaving. And since then, Brussels has made no real concessions to Theresa May because it judges (rightly, it seems) that she’s desperate for whatever deal she can get.

The EU’s palpable desire to punish Britain for leaving vindicates the Brexit project. Its position, now, is that there’s only one ‘deal’ on offer, whereby the UK retains all of the burdens of EU membership but with no say in setting the rules. The EU seems to think that Britain will go along with this because it’s terrified of no deal. Or, to put it another way, terrified of the prospect of its own independence.

Read more at The Spectator

As part of a decisive withdrawal, Mr Abbott said the United Kingdom should not be afraid to go its own way and take the high ground. Suggesting Britain should unilaterally give Europeans in the UK the right to remain and to keep borders open for trade with Europe, Abbott said the European Union would be forced to do the same in return out of self-interest.

Former Aussie PM Abbott Tells Britain to ‘Get On’ with Brexit https://t.co/EMnnZhE0AZ pic.twitter.com/1nB7yjul91

The former Australian Prime Minister has made a number of interventions on the Brexit process, where he has encouraged Britain to be bold. Breitbart London reported in 2017 when he said the UK should abandon the EU’s “statism and bureaucracy”, stating: “The country that gave the world the English language, common law and the mother of parliaments is once more to seize its destiny as a global leader.”