The South Pacific island nation of Tonga entered a Chinese coronavirus lockdown on Wednesday expected to last at least 48 hours after health officials in the remote kingdom detected Tonga’s first-ever community transmission of the disease on Tuesday in two port workers, Reuters reported.

Two people who work at a Tongan commercial wharf and three of their family members tested positive for the Chinese coronavirus on February 1, prompting Tongan health officials to order the entire nation into a two-day lockdown to contain the outbreak starting February 2. Tonga’s port has received increased shipments of foreign aid — from Australia, New Zealand, Fiji, China, the U.S., the U.K., and France — in recent days after the archipelago suffered a double natural disaster in mid-January consisting of a volcanic eruption and subsequent tsunami.

Tonga’s government said Tuesday the “two wharf workers [who] had come down with COVID-19 [Chinese coronavirus] … were not on docks being used by foreign navies to deliver aid,” according to Reuters. 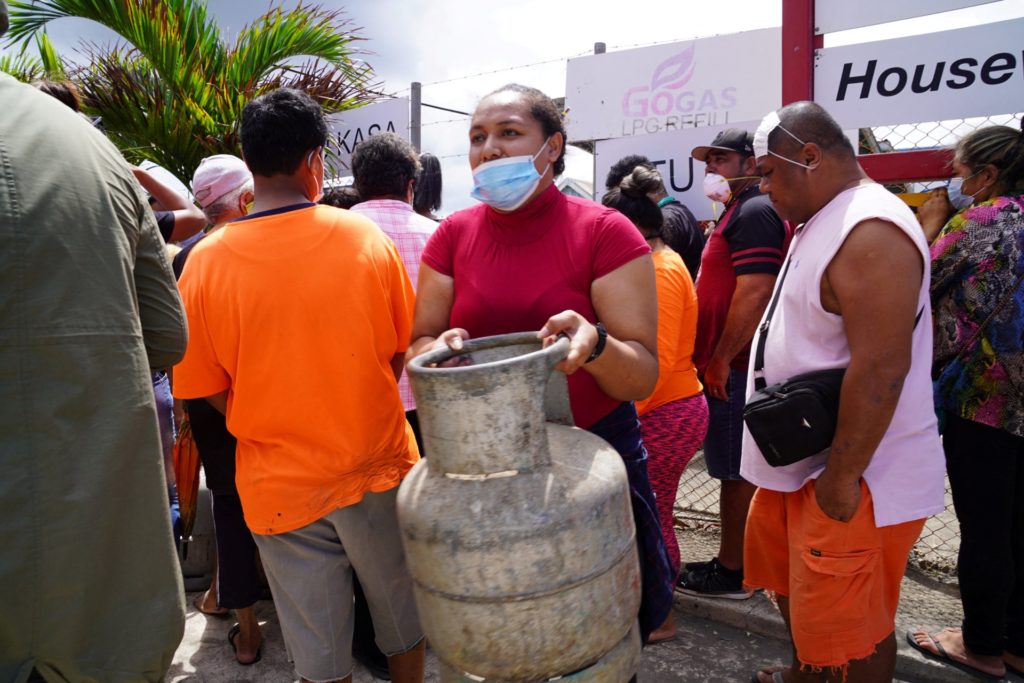 A woman (C) carries a refilled gas container in the centre of the capital Nuku’alofa ahead of the country’s first lockdown on February 2, 2022, after Covid-19 was detected in the previously virus-free Pacific kingdom as it struggles to recover from the deadly January 15 volcanic eruption and tsunami. (Photo by Mary Lyn FONUA / Matangi Tonga / AFP) (Photo by MARY LYN FONUA/Matangi Tonga/AFP via Getty Images)

Tonga’s deputy head of mission in Australia, Curtis Tu’ihalangingie, told Reuters on February 1 the two positive coronavirus cases were detected in port workers stationed at “a different wharf” and “not the one that the HMAS Adelaide used.” 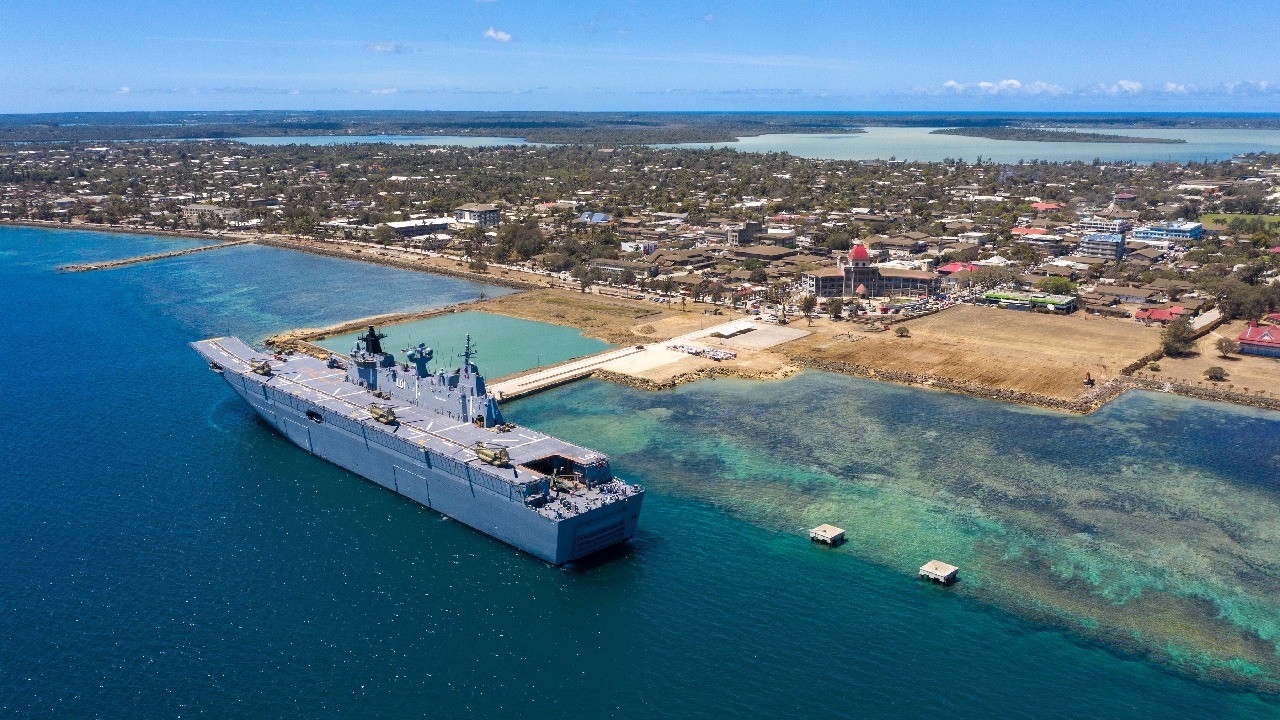 He referred to the HMAS Adelaide, which is a Royal Australian Navy ship currently tasked with delivering humanitarian aid to Tonga by Canberra. The vessel “arrived in Tonga last week to deliver aid supplies with 23 confirmed COVID [Chinese coronavirus] cases on board,” the Australian Broadcasting Corporation (ABC) reported on February 1.

“The wharf that had the case is a different one used for commercial cargoes,” Tu’ihalangingie told Reuters on February 1.

He said the HMAS Adelaide’s aid delivery to Tonga “would not change as a result of the COVID [Chinese coronavirus] cases” adding, “frontliners will need to be more careful.”

The Chief of Joint Operations for the Australian Defense Force, Greg Bilton, told Sky News Australia on February 2 he did not believe there was any “connection” or “evidence” linking the HMAS Adelaide to Tonga’s coronavirus outbreak this week.

“We unloaded in a manner that was Covid-friendly, contactless, in line with arrangements made with Tongan officials at the wharf,” he told Sky News Australia.

Bilton added that the HMAS Adelaide “will take back samples from the Tongan cases so that an Australian health facility can assess the strain and find out which country it came from.”

“So far, foreign aid deliveries [to Tonga] there have been handled using contactless protocols to stop the virus spreading from abroad,” the British Broadcasting Corporation (BBC) observed on February 2.

“They include leaving humanitarian supplies in isolation for three days before they are handled by Tongans,” according to the BBC.

China’s Foreign Ministry on January 20 claimed its natural disaster aid was the first to reach Tongans on January 19. Beijing said it managed to achieve this feat by facilitating a transfer of “emergency supplies, including drinking water and food” through the Chinese Embassy in Tonga. The description seemed to indicate the materials were already in Tonga before the Chinese Embassy merely distributed them among locals. China is currently battling a nationwide resurgence of the Chinese coronavirus that has affected its own international ports and export of goods.

Tonga’s January 15 volcanic eruption “obliterated” an uninhabited island of Tonga called Hunga Tonga-Hunga Haʻapai and, together with a resultant tsunami, destroyed entire villages on other islands and severely damaged an undersea communications cable that connects Tonga to the international community.