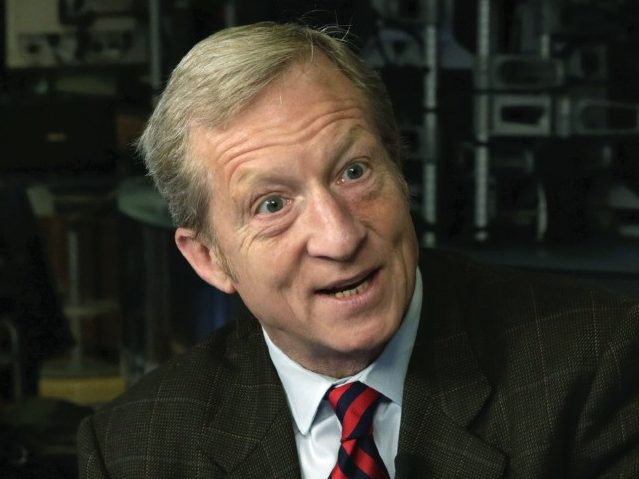 The posting stated it was seeking staffers to work as State Directors in New Hampshire, Nevada and South Carolina—three states which conduct primaries early on in the election cycle.

Although the posting does not reveal much about the political campaign behind the job listing, the posting gave a subtle hint that it could be related to Steyer by stating that it is “a high profile campaign based on the West Coast.”

A spokesperson for Steyer later told the Hill the posting is from his team.

“As Tom has said publicly — he is considering how he can have the most impact in 2020 and our team is exploring staffing options should he decide to move forward with a run,” the spokesperson said. “Tom has not made a final decision, and any discussions with potential staff are preliminary.”

The far-left billionaire has remained active in politics even without launching a presidential run.

Steyer spent more than $100 million on advertisements pushing for President Donald Trump’s impeachment in the 2018 election, and he had been traveling across the country conducting town halls to test out his policy platform.