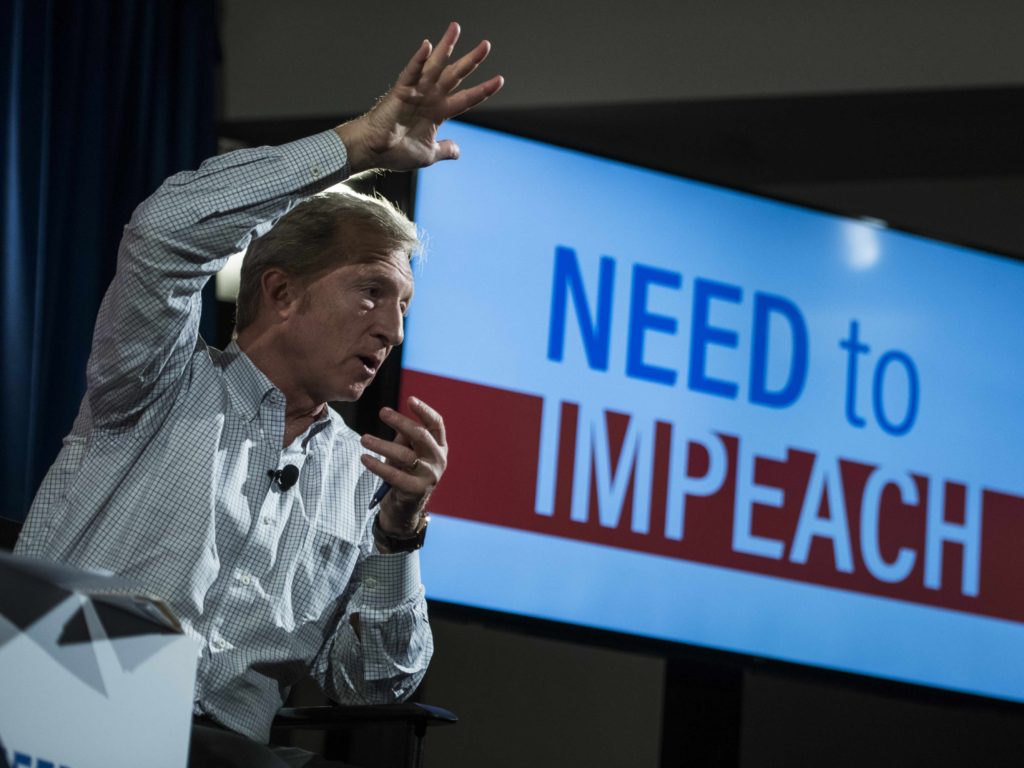 Left-wing billionaire Tom Steyer, who is Episcopalian, accused House Majority Leader Kevin McCarthy (R-CA) of antisemitism on Sunday morning for criticizing him in a now-deleted tweet.

The tweet accused George Soros, Steyer, and Michael Bloomberg of trying to “buy our democracy.”

Majority Leader Kevin McCarthy posted this tweet AFTER a bomb was sent to Soros’ house. Up until a couple of minutes ago it was pinned to the top of his profile. pic.twitter.com/FEeKoPolHL

All three have spent hundreds of millions of dollars influencing American elections and politics. Steyer was the Democrats’ single largest donor in the 2014 midterm elections, and has spent tens of millions of dollars pushing for the impeachment of President Donald Trump. Bloomberg has committed $100 million to help Democrats win the House in 2018.

Moreover, the charge that billionaires are trying to “buy our democracy” is routine in American politics. For years, Democratic Party leaders like then-Senate Majority Leader Harry Reid (D-NV) accused the Koch brothers of trying to “buy our elections.” Just this year, Sen. Bernie Sanders (I-VT), who is Jewish, accused billionaire Sheldon Adelson, who is also Jewish, of the same.

Democracy means one person, one vote. It does not mean billionaires like Sheldon Adelson buying elections. Our job:

Steyer, as he told Men’s Journal in 2016, is Episcopalian, which was also his mother’s religion. His father was a non-practicing Jew. Jewish law traces descent through the mother.

Yet on CNN’s State of the Union on Sunday, Steyer claimed — in response to a leading question from Jake Tapper –that McCarthy’s tweet was antisemitic: “In terms of interpreting what he said, that seems, to me, like a straight-up anti-Semitic move.”

He added: “That is a classic attempt to separate Americans. I think that absolutely falls into the category of what I’m describing as political violence.”

Given the fact that Steyer is not, in fact, Jewish, his — and Tapper’s — comments suggest an effort by both to exploit the mass shooting at a synagogue in Pittsburgh on Saturday for political purposes.

Steyer added that the idea that there was harsh rhetoric on both sides of the political divide was “false,” and that Democrats were merely “opposing injustice” by acting against what he called “political violence” from Republicans.