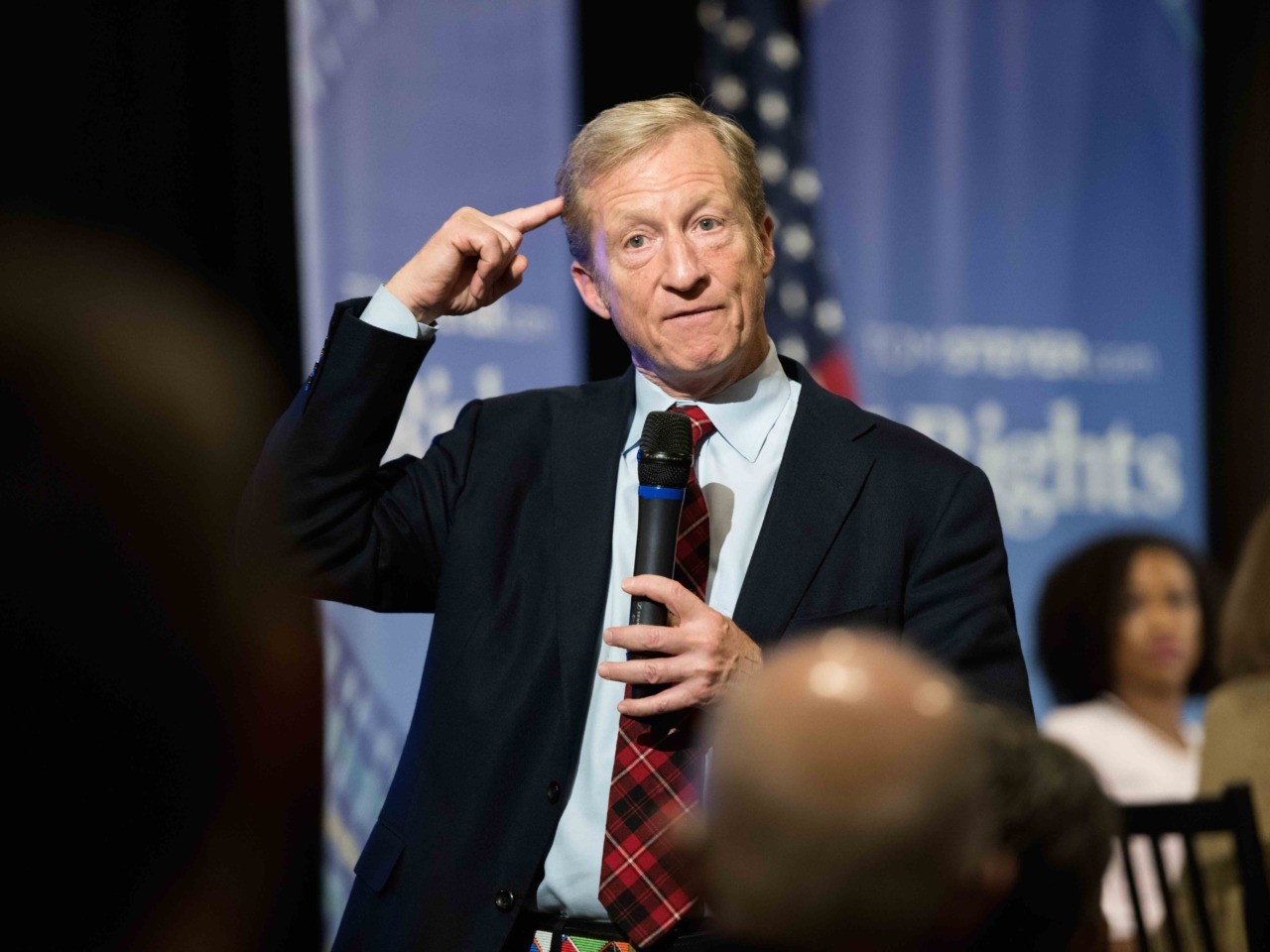 Billionaire left-wing Democrat mega-donor Tom Steyer has launched his latest ads pushing for President Donald Trump’s impeachment — this time in Iowa, home to the first contest of the presidential primary in both parties.

The Cedar Rapids, Iowa-based Gazette reported Friday that Steyer’s new campaign is pushing newly-elected congresswomen, who could theoretically vote to impeach Trump in the House of Representatives, to do so:

Stayer’s Need to Impeach campaign has purchased more than $435,000 in television time for ads in markets across Iowa, including Cedar Rapids, Waterloo-Cedar Falls, Dubuque, the Quad Cities, Sioux City and Des Moines. It’s part of a $2.5 million national ad buy targeting Iowa and the three other leadoff states in the 2020 presidential nominating process — New Hampshire, Nevada and South Carolina.

In the 30-second spot scheduled to run Saturday through Jan. 11, Steyer says the 2018 election results show “Americans rose up this November and rejected Donald Trump.” As a result, Trump, “more unhinged by that than ever,” has “declared war on the rule of law.”

Another of Steyer’s impeachment ads made its first appearance Friday, arguing that the question is not whether Trump will be impeached, but “how fast we can move past this president”:

Steyer is considering a presidential run himself and is making appearances in key primary states — including Iowa, New Hampshire, South Carolina, and Nevada.