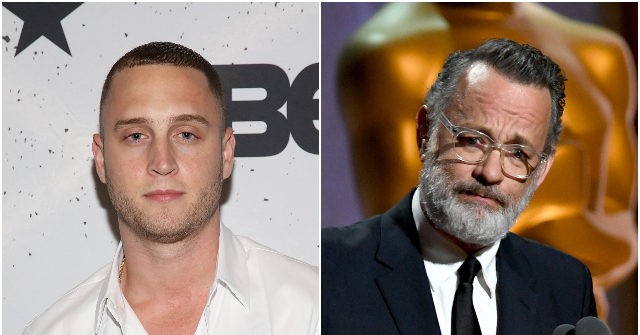 Actor Tom Hanks’ son Chet Hanks says he didn’t have a “strong male role model” while he was growing up, and that when he was a kid, he “needed” someone to tell him that his peers were being rude to him because they were “jealous.”

In a video posted to his YouTube channel on Tuesday, Chet Hanks said that when he was growing up, people “had this preconceived notion about me, that I was just going to be an arrogant, spoiled, and entitled brat.”

“I encountered a lot of disdain, a lot of animosity, a lot of negativity, because everybody was just prepared to hate my guts,” he said. “And that caused me to develop a chip on my shoulder and walk around with a lot of anger.”

“It just led me down a path of self-destruction through my 20’s,” he said. “Now I’m 31-years-old, and I’m just now getting to the point where I’m starting to truly feel that I don’t really have anything to prove to anyone.”

But Chet said that what he “didn’t understand as a kid,” was that “these people were just fucking jealous of me, and they were projecting their own insecurities onto me. I needed to hear that as a kid.”

“I didn’t have, like, a strong male role model to tell me that,” he said. “To tell me, ‘Hey, bro, fuck these people. They’re just jealous of you. You have all these things that they want, so they’re trying to fucking throw their shade at you so you can feel shitty about yourself, because they are jealous.’”

“I needed to hear that. I didn’t have anyone to tell me that,” Chet reaffirmed. “This is me now telling the younger version of myself what I needed to hear.”

Chet, who regularly posts photos of himself flexing on Instagram, added that because he was never told this as a kid, he therefore felt the need to “be intimidating to other people,” so that he didn’t “allow people to try to intimidate me.”

Last year, Chet’s ex-girlfriend Kiana Parker sued him for one million dollars, claiming that he physically and verbally abused her during their relationship. Parker alleged Hanks of perpetrating “an ever-escalating pattern of domestic abuse.”