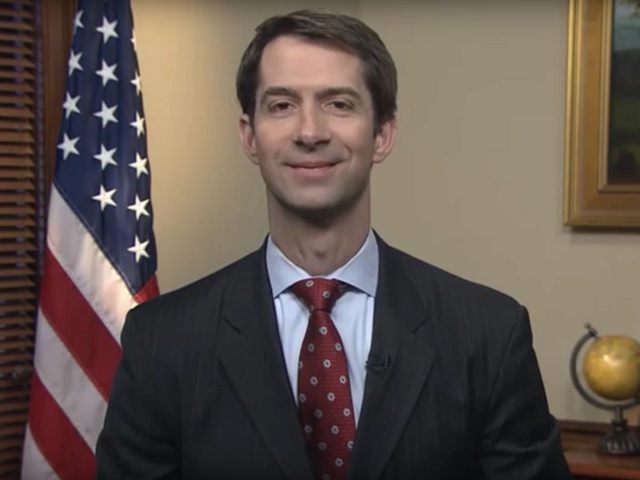 HEWITT: Now I want to ask you about, I hope that happens, the Green New Deal, because so many in my business are attempting to disappear with it. They’re actually complicit with Alexandria Ocasio-Cortez trying to get rid of her seven-page white paper on it that she posted. Do you believe your colleagues knew what they were endorsing when they endorsed her crazy [idea to] get rid of the cows and the airplanes white paper?

COTTON: Sure. I mean, Hugh, it’s pretty remarkable that when these Democrats put out the Green New Deal last week that you had many Democrats running for president leap onto a proposal that was going to confiscate every privately owned vehicle in America within a decade and ban air travel so we could all drive or ride around on high-speed light rail, supposedly powered by unicorn tears, yes.

COTTON: Well, we can all become vegans since cows are gone as well, since cow flatulence is a mortal threat to the world. Look, this is a classic example of a gaffe being when you say what you really mean. I understand the Democrats that proposed this immediately tried to retract that white paper that went along with their resolution. And too many people in the media have been complicit in the Stalin-like or “1984” technique of disappearing it, sending it down the memory hole. But this is where their heart lies. They believe that Americans driving around in trucks on farms, or commuting from the suburbs where they can have a decent home into the city to work are a fundamental threat to the world, and they have to have the power and the control of those Americans’ lives to implement their radical vision for humanity.