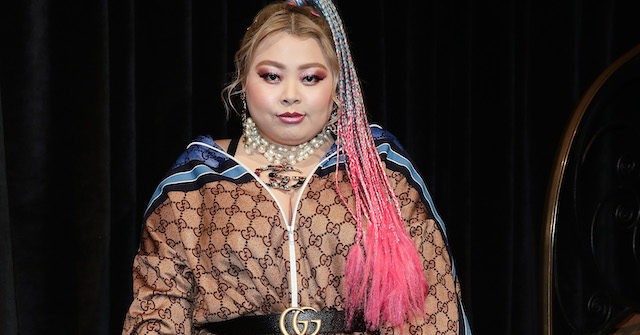 A little over a month after the head of the Tokyo Olympics organizing committee resigned over sexist remarks, the creative director for the event announced he would resign after suggesting a plus-sized female comedian should perform at the Games as a character he dubbed the “Olympig.”

The remark that brought 66-year-old Sasaki Hiroshi’s association with the Olympics to a close was made during an online chat with his staffers last year and uncovered by Japanese magazine Shukan Bunshun on Wednesday.

According to the transcript published by the magazine, Hiroshi floated the idea of inviting popular actress and comedian Naomi Watanabe to appear wearing a “cute pink costume” and pig ears.

“Ms Watanabe, 33, is one of Japan’s most famous comedians, and is known for her celebrity impersonations and body positivity advocacy work,” the BBC explained on Thursday. “In recent years she has spearheaded a body positive movement called ‘pochakawaii,’ which translates to ‘chubby and cute,’ and in 2014 she started one of Japan’s first brands to offer plus-size clothing.”

Pigs are conspicuously absent from the list of animals Watanabe’s first line of clothing invites its customers to compare themselves to when describing their body type. The choices are pigeons for buxom women, penguins for those with ample posteriors, and teddy bears for the well-rounded customer.

Japan has one of the thinnest populations on Earth, with only about 20 percent of its women considered overweight and only 3.2 percent classified as “obese,” and the Japanese are getting even thinner on average. Japan has government ordinances that require nutrition and exercise counseling for people whose waist size exceeds certain limits. The Japanese fat-acceptance movement is small but passionate.

Hiroshi had a successful career with a huge advertising company called Dentsu before he went to work as creative director for the Olympics opening and closing ceremonies.

“Gender equality and representation have been a priority since I was appointed president. These things should not and cannot be allowed to happen,” Hashimoto said.

“The world has been changing after the outbreak of the novel coronavirus. As what message we will send from Tokyo has become important, why are we sending something negative?” Koike asked.

Sasaki said he realizes his “Olympig” suggestion was “very inappropriate” and apologized to both Naomi Watanabe and “people who have felt discomfort with such content.”

Watanabe, for her part, said she was “honestly surprised” by the Sasaki controversy.

“In fact, I am happy with my figure. So, as usual, I would like to express myself as ‘Naomi Watanabe’ without being particular about being fat,” she said in a statement released by her talent agency.

“However, as a human being, I sincerely hope that we can have a fun and prosperous world where we can respect and recognize each person’s individuality and way of thinking,” she added.

Hashimoto, herself a former Olympic competitor, was appointed to preside over the Tokyo Games after the previous president, Mori Yoshiro, stepped down over sexist remarks in February.

Mori complained women talk too much during meetings, so nothing gets done.

“If one member raises her hand to speak, all the others feel the need to speak too. Everyone ends up saying something. If we increase the number of female board members, we have to make sure their speaking time is restricted somewhat. They have difficulty finishing, which is annoying,” Mori said in a Feb. 3 meeting of the Japanese Olympic Committee.

After assuming the presidency of the Olympics, Hashimoto promised to make “gender equality” one of her top priorities and added a dozen female directors to her executive board.