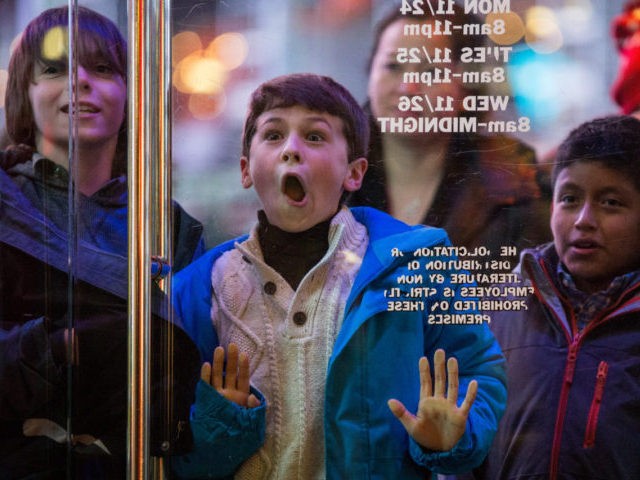 Thanksgiving came early this year and so did holiday shopping.

November retail sales rose 4.2% from a year earlier, according to data from the Commerce Department released Friday. Sales were up a seasonally adjusted 0.2 percent in November to $513.5 billion, beating the forecasts of most economists.

The Commerce Department’s retail sales reports measures shopping at stores, restaurants, and online. Friday’s strong report indicates that despite signs of economic sluggishness around the globe, the U.S. economy is still expanding at a healthy pace.

The sales data pushed Atlanta Fed’s GDPNow estimate for real GDP growth in the fourth quarter of 2018 up to 3.0 percent from last week’s reading at 2.4 percent.

Tariffs do not appear to be taxing consumers. Sales at electronics and appliance stores, which sell lots of imported goods and products made with imported goods, rose by 4.0 percent. Clothing-store sales were up 4.1 percent.

Nonstore retailers, which includes online merchants, rose 10.8 percent. Sales at gas stations fell 2.3 percent, largely due to the fall in the price of gasoline.