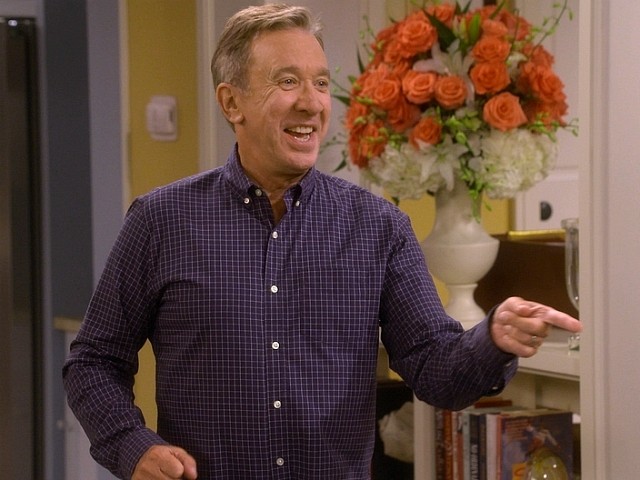 Tim Allen, the star of the hit Fox show Last Man Standing, said in a recent interview he enjoys making fun of progressives’ insecurities and insisted there is nothing that pisses people off more than a funny conservative.

“I like to mess around because I’ve been a standup fiery comic for 30 years. And I like pissing people off, and I said there’s nothing, especially in this area, that pisses people off more than a very funny conservative,” Allen told Indie Wire. “A smart, funny conservative that takes shots and is certainly self-effacing.”

People often perceive Allen’s character, Mike Baxter, as sharing his real-world views but the veteran TV star says he is not the sum of his latest character.
“I did an interview and I said, ‘Are you asking Mike Baxter this question because you heard something about the Clintons that the writers had written?’ Now, I’ll put something behind it, because I think it’s funny to make fun of people that are full of themselves,” Allen stated. “Liberals have a very small window of sense of humor about themselves, so I love poking at it.”

“Two years ago, it was the conservatives, or whatever it is. But right now liberals, particularly progressives, hide behind large concepts,” Allen explained. “If you don’t agree with them, if you don’t agree with that position, then you hate women, and you hate gay people, and you hate pro-choice people, whatever. And I said that doesn’t fit. But I like pushing that and sometimes these guys let Mike Baxter say it, and he’s more of a pragmatist. He reminds me of my grandmother. He just hates big government.”

“It was so unpleasant to watch on both sides, that the guy wouldn’t leave him alone, where did the sense of decorum go?” Allen asked.
Concluding the extensive interview, Allen reminded everyone his job is to make people laugh, no matter how they feel about the Trump Administration.

“I can’t remember what comedian said it, but comedy’s about surprise. And there’s no surprise anymore. I know you hate the current administration. I know there’s hate, venom, we’re all going to hell, and the world’s all racist. I’ve heard this so much there’s no surprise, there’s no joke, there’s no drama,” Allen explained. “We’re writing a sitcom, we’re not trying to change the world. We’re just having an enjoyable time. Our job is to make you laugh.”

In May, it was announced that Last Man Standing would return to television on Fox after the successful six-season series was abruptly canceled by ABC late last year.

The show received astounding ratings when it returned in September, season 7 premiering to an average of 8 million viewers in the 18-49 demo.