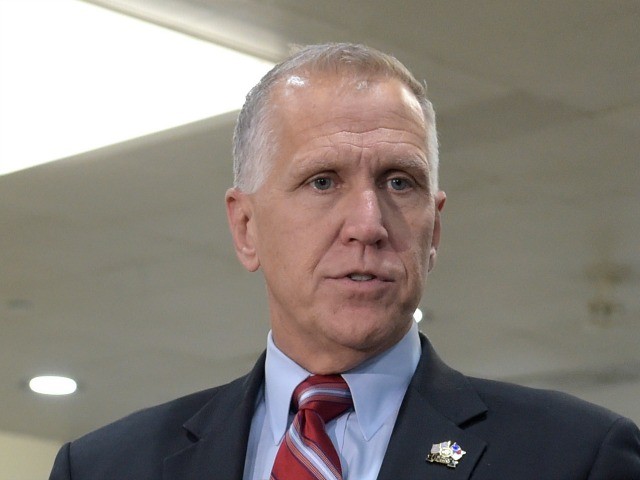 Tuesday, during an appearance on FNC’s “Your World,” Sen. Thom Tillis (R-NC) called on his embattled Democrat opponent Cal Cunningham to withdraw from the election given the circumstances he faces that go beyond the November 3 election.

“I think it goes far beyond controversial texts,” Tillis said. “We’re talking about a confirmed affair with the wife of a wounded warrior, and now a second affair reported over the weekend. Cal Cunningham ran a campaign talking about truth and honor matters. He’s under investigation with the Army right now. He’s going to get a letter of reprimand. And depending upon the circumstances of now two affairs, he could ultimately be subject to court-martial. And I think that matters to North Carolina voters. And I believe we were trending well before these revelations.”

“I honestly think that the only honorable thing Cal Cunningham could do right now is to withdraw from the race, reconcile with his family, and rebuild his reputation,” he added. “But the investigation with the Army will go past the election. But there’s no question, based on former JAG officers that I have spoken with, that he will have a letter of reprimand, and, again, depending upon the circumstances of now two affairs that occurred during this campaign. This is not years ago. This is weeks ago in his own home. Then it could rise to a higher level within a court-martial.”