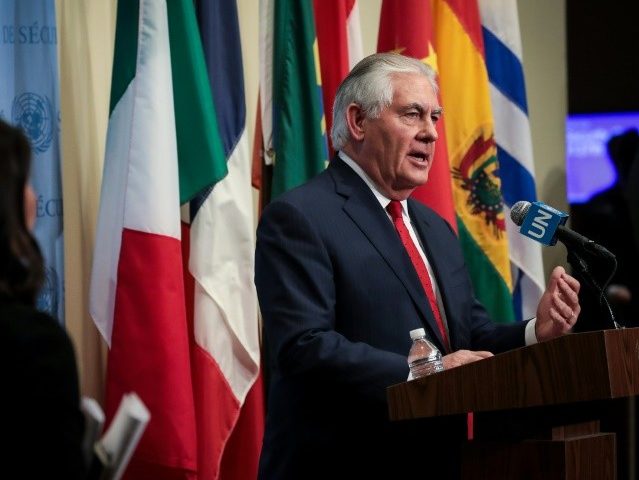 Former secretary of state Rex Tillerson criticized Trump and his supporters during public remarks on Thursday night in Houston, Texas.

“I will be honest with you, it troubles me that the American people seem to want to know so little about issues that they are satisfied with a 128 characters,” Tillerson said, referencing Trump’s prolific use of Twitter. “I don’t want that to come across as a criticism of him,” he added. “It’s really a concern that I have about us as Americans and us as a society and us as citizens.”

Tillerson also said “there’s no question” that Russia interfered in the 2016 Presidential elections, point blank. “What Russia wants to do is undermine our confidence, and undermine the world’s confidence in us,” he told reporters. Of Putin, he said “many people talk about playing chess. [Putin] plays three-dimensional chess.”

Of the POTUS, Tillerson said, “So often, the president would say here’s what I want to do and here’s how I want to do it and I would have to say to him, ‘Mr. President, I understand what you want to do but you can’t do it that way. It violates the law.’”

Tillerson was dismissed from his position as Secretary of State in March, replaced by former CIA Director Mike Pompeo. His remarks were made at a fundraiser for the MD Anderson Cancer Center.