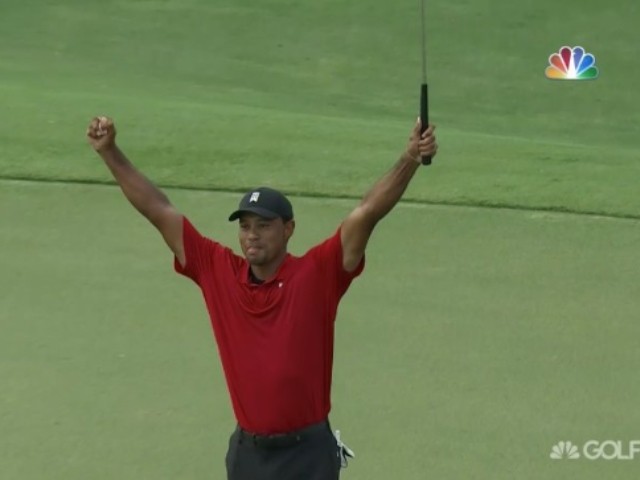 Before clinching the victory, Woods was followed to the 18th hole by the largest throng of fans to ever accompany a golfer to the final hole:

It’s been 1,876 days since Tiger Woods last won a tournament —He did today. AMAZING comeback. And if you think that Tiger doesn’t move the TV meter, you would be wrong. He IS the meter. I mean look at this !! pic.twitter.com/R6WV2Koo4n

Congratulations to @TigerWoods . Such a brilliant win today—more than 1,800 days after his last one, and one that generates excitement in so many places.Just look at the scene on 18. And congrats to @JustinRose99 for the @FedEx cup on the basis of an impressive season performance pic.twitter.com/N03HnjpdoT

Tiger sealed the deal with a short putt on the 18: