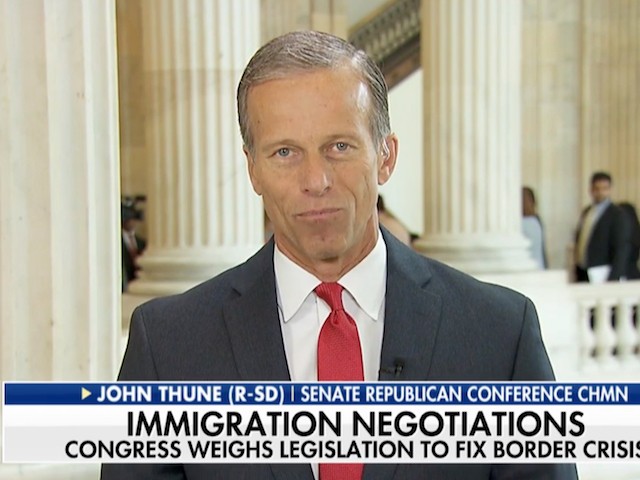 On Wednesday’s broadcast of the Fox News Channel’s “Your World,” Senate Republican Conference Chairman and incoming Senate Majority Whip John Thune (R-SD) stated that he hopes Democrats don’t decide to shut down the government over immigration and funding for border security.

Thune said, “Democrats shut the government down earlier this year over the issue of illegal immigration. And I hope that they — that didn’t end very well for them. I hope that they don’t decide to do that again. … So, to think that the Democrats would block funding for the government over providing the very necessary funding to secure the border is a bridge that I hope they won’t cross. But we’ll find out in due time.”

He added, “I think, in the end, there will be a negotiation, and I’m still optimistic that we’ll be able to come to a resolution. I hope that’s the case. … And if we can make a substantial commitment to securing our border, then I think a lot of these other issues that are — pertain to the issue of immigration can come into play. But unless we get the border wall funded, unless we deal with this fundamental issue of border security, like I said, the rest of these — the rest of the conversation really kind of becomes irrelevant.”