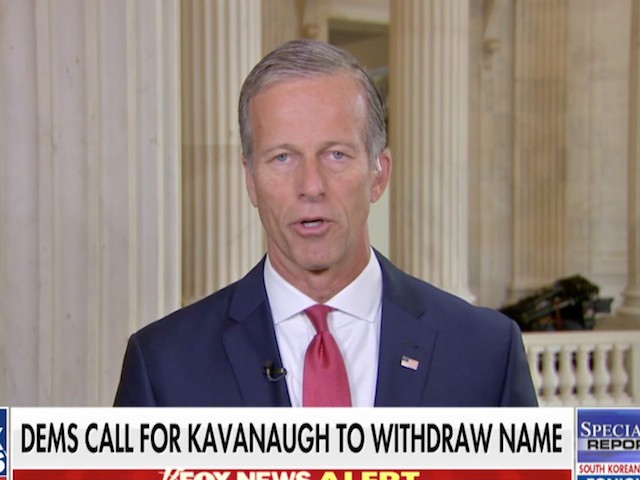 Thune said, “This was an 11th-hour ambushed by the Democrats on the committee. Think about what he has been through. He started off answering over 30 hours of questions, in an open session from Democrats and Republicans on the Senate Judiciary committee. They had closed sessions where they asked him questions. They submitted 1300 questions for the record, more than all previous Supreme Court nominees combined. He answered those. He has answered six FBI background checks. This has been an incredibly open, transparent process. Republicans have been very fair to Democrats. Democrats, on the other hand, get a letter, a piece of information back in July, which they decide to hang onto and then unleash at the 11th hour to try and delay and derail this nomination. They have not been fair to this nominee at all.”

He continued, “It’s been a circus from the get-go. From their standpoint, it’s very clear they are doing everything they can to prevent him from going on the court. Notwithstanding that, Senator Grassley has conducted a very fair process. The Judiciary Committee is going to hear on Thursday for both of these individuals, and we will move forward from there.”