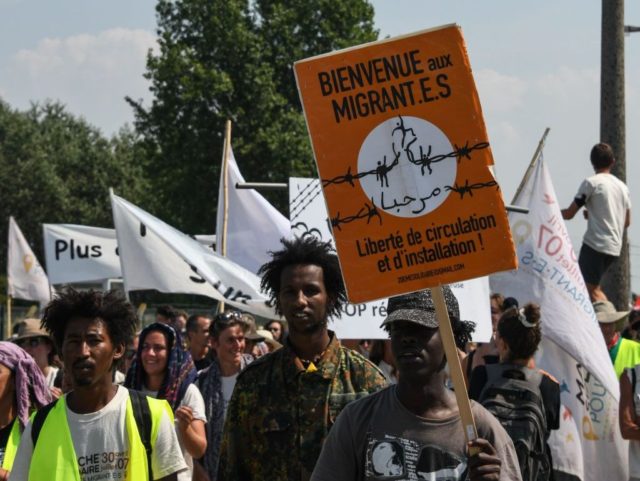 Activist health professionals have sounded the alarm over the situation in Calais, where Doctors of the World claim three-quarters of the 500 migrants living in the hope of breaking into Britain are suffering from mental illness.

France Culture said the northern port town was facing a “public health emergency”, in a report Wednesday which marked two years since the dismantling of the so-called Jungle camp saw almost 6,500 migrants moved to asylum centres scattered across the country.

Despite ongoing efforts by authorities to clear the area of illegal immigrants, whose desperate and violent attempts to reach the UK have resulted in the death of at least one driver and the wounding of several police officers, between 450 to 500 would-be illegal migrants are still living in Calais, the public broadcaster reports.

Doctors of the World, whose volunteers hold regular mobile clinics for illegal immigrants in the areas of France in which they congregate, estimated that three in four of those in Calais and the 1,800 who lived at the Dunkirk-based Grande-Synthe camp — which was dismantled Tuesday — suffer from serious mental health problems.

A report by the open borders-backing NGO and France’s Primo Levi Centre revealed the most common conditions amongst immigrants residing illegally in the EU nation were psycho-traumatic syndromes, constituting 64 percent of mental conditions diagnosed between 2012 and 2016.

In addition to having suffered “extremely painful” circumstances in their homelands, and experienced “traumatic events” in the course of migrating to Europe, the mental health of asylum seekers is “degraded” further still upon their arrival in France, where problems are worsened as they face “rejection” and authorities “questioning their word” with regards to the hardships they have faced, according to the report.

Memory and concentration loss affecting illegal immigrants’ ability to recount their journey to France and the reasons they are seeking asylum is cited as a “disabling” psychotraumatic symptom in the report, which claims the demands of the asylum registration process “increases [migrants’] suffering”.

“The violence to which exiles have been exposed, themselves or as witnesses, has long-term effects, not only on them but also on future generations,” asserts the report, claiming migrants are often suffering from “the transgenerational effects of psychotrauma”.

To this end, the NGOs recommended that authorities “take into account the degraded mental state and the extreme vulnerability” of illegal immigrants “in the context of narratives for the right to protection”, especially when assessing the claims of “unaccompanied children and adolescents”.

In order to solve the “public health emergency” of mental illness rates amongst the illegal immigrant population in France, the state should provide “immediate and unconditional shelter” to asylum seekers along with full entitlement to healthcare, according to the document, which neglects to examine the effect such measures would have on the number of people choosing to embark on the dangerous journey to Europe.

In addition to condemning alleged “police violence” against migrants in France for having a “major” mental health impact, the report warns that rejecting an asylum application constitutes “one of the most devastating” forms of “state violence” against illegal immigrants as the move “plunges the person into a process of dehumanisation”, according to Primo Levi Centre psychologist Armando Cote.

Study: More Than Half of Asylum Seekers in Italy Are Mentally Ill — ‘Prone to Aggressive Behaviour’
https://t.co/oSXpeBNJFv