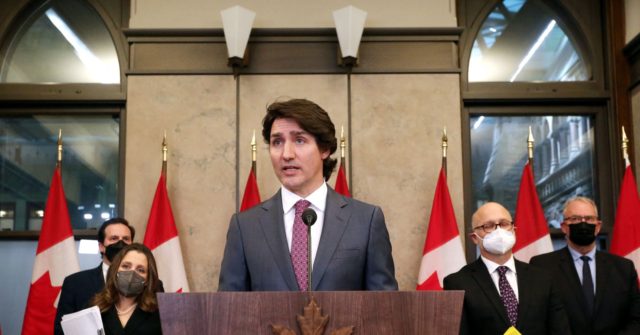 “The federal government has not met the threshold necessary to invoke the Emergencies Act. This law creates a high and clear standard for good reason: the Act allows government to bypass ordinary democratic processes. This standard has not been met,” the CCLA said in a statement released Tuesday.

The federal government has not met the threshold necessary to invoke the Emergencies Act. This law creates a high and clear standard for good reason: the Act allows government to bypass ordinary democratic processes. This standard has not been met. 1/3

“Governments regularly deal with difficult situations, and do so using powers granted to them by democratically elected representatives. Emergency legislation should not be normalized. It threatens our democracy and our civil liberties,” the association added.

The CCLA was joined by the OCLA, which condemned the use of the Emergencies Act against peaceful protestors saying, “Peaceful protest and civil disobedience are essential in a democratic society – without these mechanisms of peaceful expression, demonstration, and opposition there can be no democracy.”

“Therefore, the government’s use of the Emergencies Act can only be understood as an opportunistic political act intended to eliminate protest that opposes the policies of the sitting government, to manipulate public opinion by further demonizing ‘the unvaccinated’, and to advance the ongoing degradation of civil liberties in Canada by setting an extreme precedent of governmental intervention to freeze or appropriate the assets of individual citizens who peacefully oppose the policies of the government of the day,” the group added.

Prime Minister Trudeau invoked the Emergencies Act on Monday in response to weeks of protests and blockades in Ottawa and other parts of the country by Freedom Convoy truckers who have demanded an end to Wuhan coronavirus restrictions, vaccine mandates, and vaccine passports.

While Trudeau claimed that he would not be deploying the military on the streets of Canadian cities and towns, Deputy Prime Minister Chrystia Freeland stated that supporters of the protests may have assets and bank accounts frozen.

Freeland went on to add that the government would be regulating crowdfunding platforms and cryptocurrency under Canadian terrorism financing legislation.

“The illegal blockades have highlighted the fact that crowdfunding platforms and some of the payment service providers they use are not fully captured under the proceeds of crime and terrorist financing act,” Freeland said.