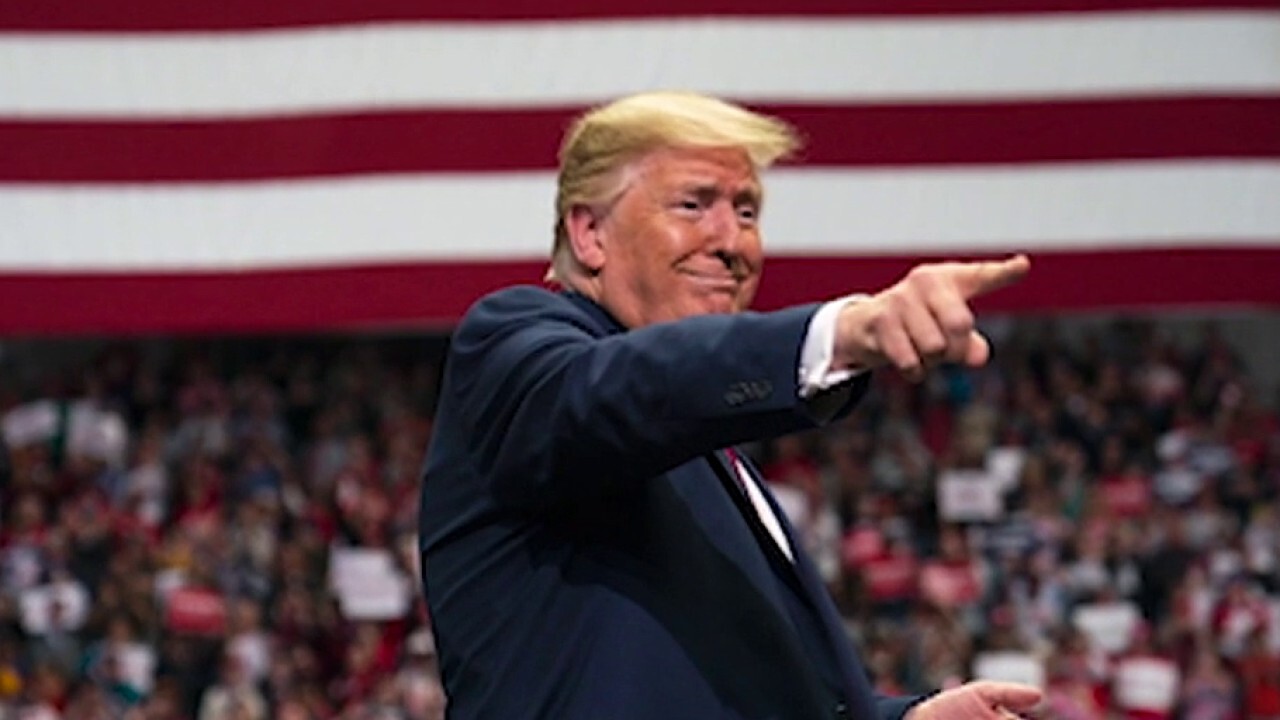 LOS ANGELES– Kayleigh McEnany, the White House press secretary, took to Twitter on Sunday to show the number of Trump supporters who came out to view the presidential motorcade as it made its way to the Newport home of Oculus Rift co-founder Palmer Luckey for a fundraiser.

Tickets for the event ranged from $2,800 per individual to up to $150,000 per couple. The Beach Boys were reportedly scheduled to perform.

MCENANY ANNOUNCES THAT SHE RECOVERED FROM COVID-19

“Thousands upon thousands lined for miles along our motorcade route in CALIFORNIA to cheer on President @realDonaldTrump!!!!!” McEnany tweeted.

Newport Beach is considered a conservative-leaning pocket in the blue state. The Times reported back in 2019 that of its 57,000 voters, 48% are Republicans, compared to 22.7% Democrat.

Luckey,  28, is one of California’s top GOP donors and made his fortune after selling his company to Facebook for $3 billion, reports said.