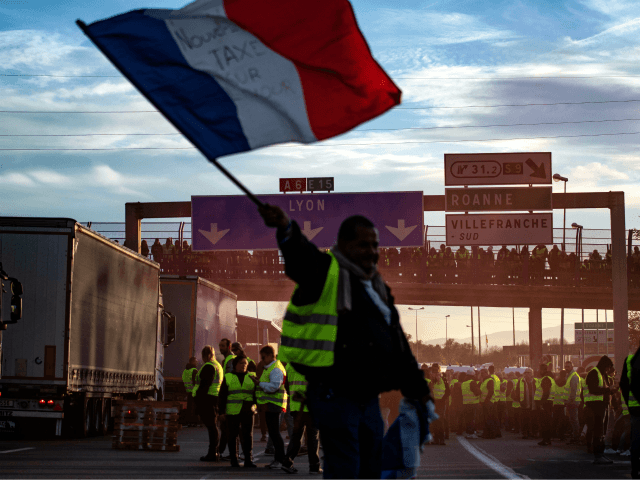 The so-called yellow jackets have called for new demonstrations and road blockades Saturday across France, including the capital, where a demonstration last weekend turned violent.

Hundreds of people gathered at the top of the Champs-Elysees on Saturday morning. Access to the avenue was closed to cars and strictly monitored by police with identity checks and bag inspections.

Police briefly used tear gas to disperse the crowd as some tried to force their way through.

The protests, which began with motorists demonstrating against a fuel tax hike, now involve a broad range of demands related to the country’s high cost of living.