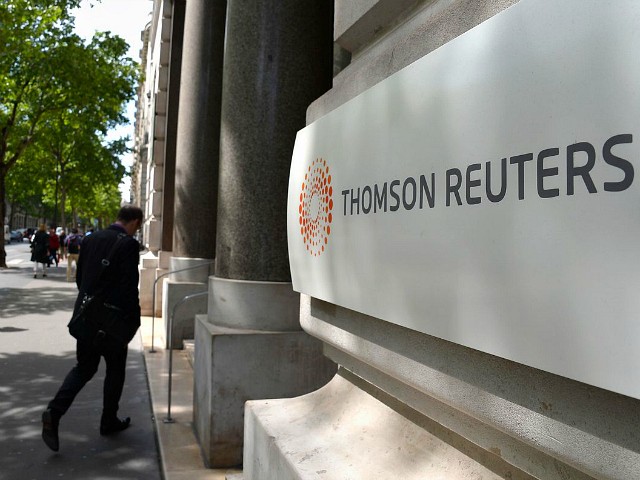 Toronto-based news and information company Thomson Reuters Corporation will reportedly cut 3,200 jobs, or a full 12 percent of its workforce, by 2020.

TheWrap reports that a dozen or so cuts have already directly hit the Reuters news service. There is no word yet on how many of these 3,200 additional layoffs will affect the news bureau.

“Thomson Reuters said that it had set a target to reduce its capital expenditure to between 7 percent and 8 percent of revenue in 2020 from 10 percent currently,” Reuters own news division reports.

“The news and information provider also set a target to grow annual sales by 3.5 percent to 4.5 percent by 2020, excluding the impact of any acquisitions.”

Bloomberg reports that, by 2020, the company expects to “have about 11 percent fewer products and pare its number of locations by 30 percent” — or from 185 worldwide offices to 133.

Presently, Thomson Reuters employs 7,000 in Minnesota, which makes it the state’s 24th largest employer, and according to local media, “Most Minnesota employees affected by the move have already been notified, a company spokesman said. He declined to say how many Minnesota workers were impacted.”