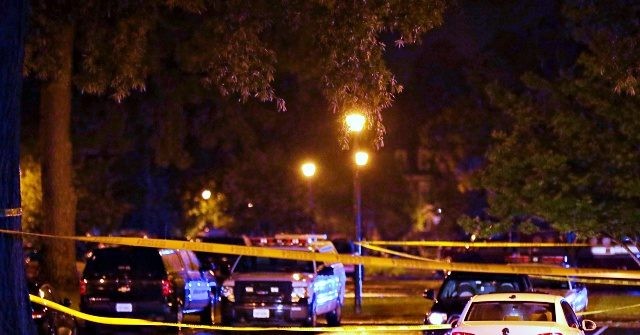 Thirteen police officers in different parts of the country were shot during a 24-hour time frame last Friday.

Initial reports on the Phoenix shootings indicated five officers were shot. The first of the five was shot after responding to a home where gunfire was reported. The next four officers were shot trying to rescue a baby who placed outside after the initial shooting.

Friday night CNN noted the number of wounded officers in the incident had risen to nine.

FOX News observes two Maryland police officers were shot Friday “while responding to calls of a suspicious person.” ABC 7 explained that the officers’ injuries were not life-threatening.

A New Mexico State Police Officer was shot Friday during a pursuit. The shooting resulted in non-life-threatening injuries.

UPDATE: NMSP Officer shot during a pursuit on State Road 333 near Sedillo Hill. This update asks for the public’s help in identifying the female suspect who was involved in an officer-involved shooting.#PressReleaseNMSP https://t.co/d5lfoonCNw https://t.co/cz9b3eJD3k pic.twitter.com/1dRjQMaohV

KOAT reports Caleb Eldridge and Alana Martinez were arrested Saturday morning in connection with the shooting of the state police officer.

FOX 29 explained a Philadelphia SWAT officer was shot “in his bulletproof vest” Friday afternoon while serving a drug-related warrant. The shooting suspect then tried to flee but was apprehended by other officers on scene.

Breitbart News noted 346 officers were shot in the line of duty during 2021, and sixty-three of those officers succumbed to their wounds.