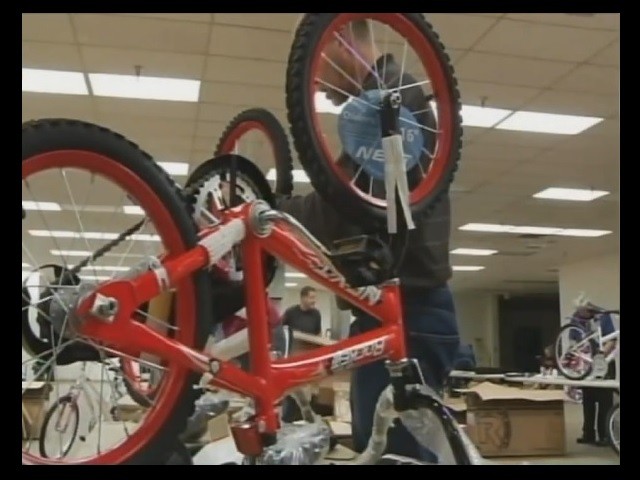 A group of thieves in Washington state is accused of stealing Christmas joy from kids in need on Tuesday, running off with hundreds of bicycles and helmets meant to be donated to the less-fortunate for Christmas.

Waste Connections of Washington—a waste management company located in the state—said a group of seven to ten thieves broke into a trailer in Vancouver, Washington, housing 700 donated bikes, making off with about 200 bikes and half of the helmets at 4:30 a.m. on Tuesday.

The organization said it raised more than $55,000 to buy bikes for the less fortunate for Christmas this year through the Scott Campbell Christmas Promise, adding that it had planned to assemble and distribute the bikes throughout Clark County on Saturday.

The bikes were meant for children between the ages of 3 and 5 years old who would not be able to afford them, KOIN reported.

But when Cyndi Holloway, who works for Waste Connections, found out some of the bikes were stolen early Tuesday, she said she was devastated.

“Heartbreaking to be honest,” Waste Connections of Washington’s Cyndi Holloway told KPTV. “It was heartbreaking, to say the least. I think it is more heartbreaking that you are taking from the kids.”

Vancouver Police said a street sweeper intercepted the thieves and got in touch with employees at the local Walmart near the trailer’s location.

The organization said it plans to recoup their losses by Christmas and is working with the local Walmart to obtain replacement bikes.

Holloway said that volunteers would assemble the bikes on Saturday despite Tuesday’s theft.

Vancouver Police said authorities are still searching for the suspects, and are asking anyone with information leading to an arrest to contact the department.