In a Super Bowl halftime show filled with Trump haters, Eminem stood out by taking a knee on stage. And now the NFL is admitting that it knew about the rapper’s plans ahead of time.

As just one of the many Trump haters pounding the stage during the Pepsi halftime show, Eminem (Marshall Mathers) did his best to make a bigger splash by taking a knee at the end of his rendition of “Lose Yourself.”

By some reports, the rapper took a knee to call attention to the anti-American protests of former NFL payer Colin Kaepernick, who first began kneeling during the national anthem in 2016, but who has been out of the NFL since 2017.

Initial reports about Eminem’s display insisted that the NFL told the rapper he was not allowed to take a knee during the halftime show. But on Monday morning, the league shot those stories down. 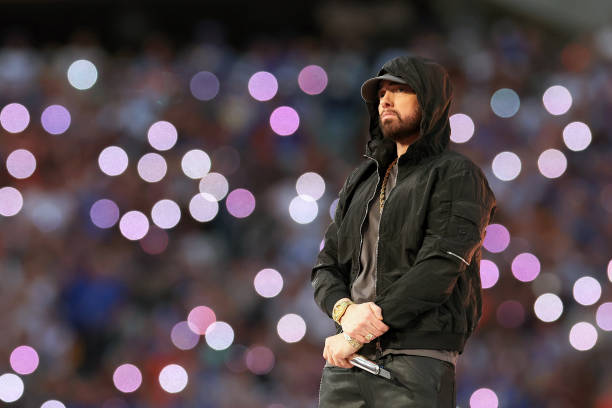 “We watched all elements of the show during multiple rehearsals this week and were aware that Eminem was going to do that,” said league spokesman Brian McCarthy, according to the AP’s Andrew Dalton.

Joining Eminem on the Pepsi stage were hip-hop heavyweights Dr. Dre, Snoop Dogg, Mary J. Blige, and Kendrick Lamar, all of whom have sent years attacking Donald Trump, his voters, and conservatives in general. 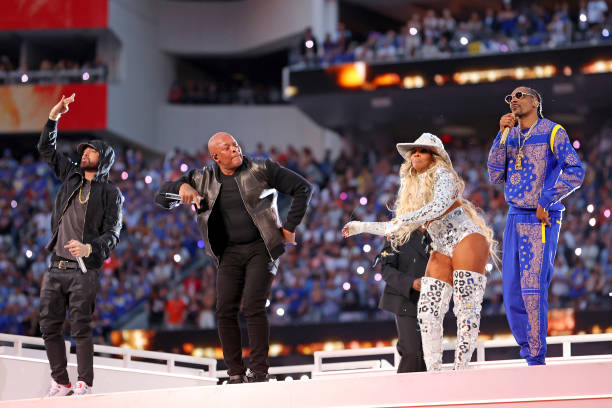 Mathers, for instance, has published several songs directly attacking Donald Trump, rapped about sexually assaulting conservative columnist Ann Coulter, and in 2017 said he wanted to stay in Scotland because of “motherf**k” Donald Trump.

Eminem was far from the only Trump hater on stage on Sunday.

After showing some interest in supporting Trump early in his presidency, rapper 50 Cent eventually joined the rest of his peers by saying “F**k Trump” in 2020 and turning fully against the president.

Snoop Dog has been just as vehemently anti-Trump. In the video for his 2017 song “Lavender,” for instance, he even featured the mock assassination of Trump. By 2020, Snoop was seen pushing a racist meme using the derogatory word “coons” to describe black conservatives, including David Harris, Candace Owens, and Herman Cain.