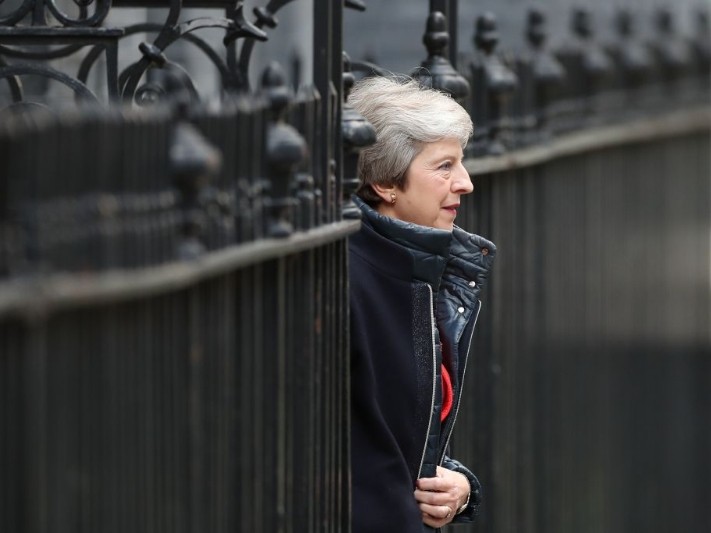 The Prime Minister has betrayed the principles of Brexit and is subjecting the United Kingdom to political slavery at the hands of Brussels, Brexiteers have said as the details of the Prime Minister’s deal leaked to Irish media Tuesday afternoon.

Brexiteers within the Conservative party met Tuesday as the news emerged of a “technical level” agreement emerged — apparently leaked to Irish journalists sympathetic to the European Union but not to figures within the United Kingdom — and spoke of launching a “coup” against the Prime Minister, Britain’s The Times reported in the early hours of Wednesday morning.

Forget all the noise and focus on the big picture. PM is going to recommend daylight robbery: paying £39bn for nothing in return; effectively handcuffing us to the Single Market and chaining us to the Customs Union forever. It is the worst deal in history. Cabinet must reject it

Several prominent pro-Brexit figures lined up to condemn the plan, which if the leaks are representative of what has been agreed, would see most promises and red-lines promised by the Prime Minister broken or ignored.

A key agreement with the Democratic Unionist Party (DUP) — the Ulster party which gives Theresa May’s minority government ten key votes which keep it in power seems to also have been broken, as the apparent deal would see Northern Ireland under a different regulatory framework, dictated by Brussels, than Great Britain.

The UK is also believed to have provisionally committed to “level playing field” rules with the European Union, meaning the country has no freedom to become more competitive in the future to attract foreign investment and business, and must remain tied to the EU in areas such as tax and the economy.

WATCH | @Jacob_Rees_Mogg: “She hasn’t so much struck a deal as surrendered to Brussels and given in to everything they want. It is not so much the vassal state anymore as the slave state!”

Tory Brexit rebel leader Jacob Rees-Mogg, who was at the heart of coup plotting Tuesday told Sky News of the Prime Minister’s plan: “…she hasn’t so much struck a deal as surrendered to Brussels, and given in to them on everything that they want, and tried to frustrate Brexit. It is not so much the vassal state any more, as the slave state.”

Noting that the details of the deal had leaked in the Republic of Ireland rather than British lawmakers being able to read it first, Rees-Mogg pointed out that the deal as understood Tuesday evening would prevent Britain from leaving the customs union indefinitely — a key plank of Brexit denied — and damage the United Kingdom by treating Ulster as a less equal part of the country.

This is the moment of truth. This is the fork in the road. Do we pursue a future as an independent nation or accept EU domination, imprisonment in the customs union and 2nd class status. Cabinet and all Conservative MPs should stand up, be counted and say no to this capitulation.

Two-time Mayor of London, former Foreign Secretary, and Tory leadership hopeful Boris Johnson also stood before the cameras at Westminster Tuesday night, and even by his own standards in a state of great excitement denounced the plan, also pointing out the damage it would do to the United Kingdom itself, by carving off Ulster — a constitutionally equal part of the nation — for Brussels.

Brexit leader Nigel Farage was direct in his response, remarking simply that “Theresa May’s Brexit agreement is the worst deal in history.”

The Prime Minister had meetings with individual cabinet ministers Tuesday night to persuade them to support the deal, and will be hosting a special cabinet meeting on Wednesday afternoon to try and gain a consensus to sell the new deal, which includes giving £39 billion to the European Union for little or nothing in return, to the nation. May’s government may yet see more cabinet resignations this week.

Theresa May’s Brexit agreement is the worst deal in history.

WATCH | “This deal will lead to the break up of the United Kingdom and keep us tied into EU institutions without the ability to decide when to break free from them” – scathing stuff from the DUP. May’s government is close to collapse…